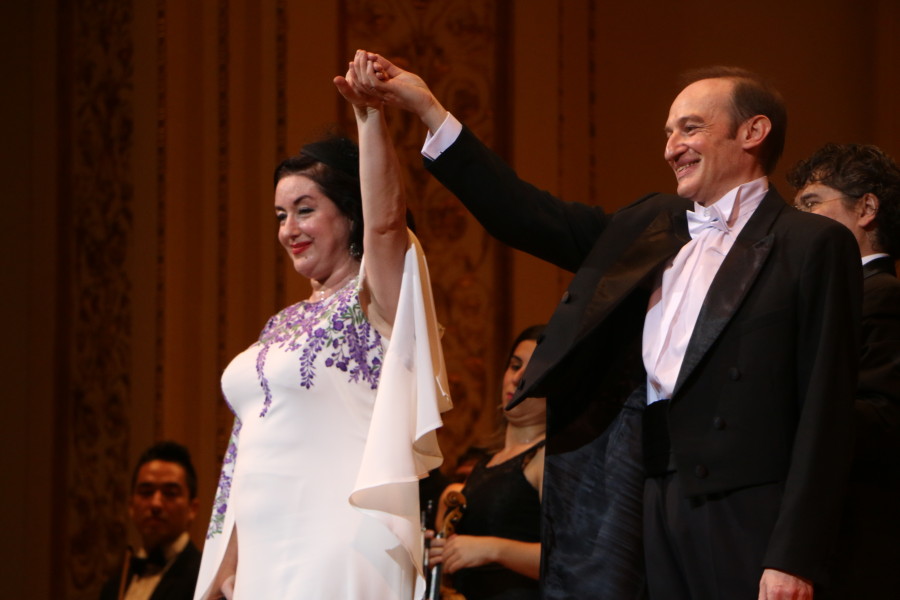 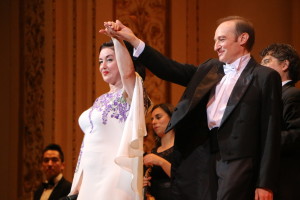 International singer, actress, and composer Tamara Gverdtsiteli and one of the most recognized Russian performer, returned to a sold out performance at Carnegie Hall on June 1, 2016. Ms. Gverdtsiteli was backed by the soloists of the Moscow Male Jewish Cappella and the Cherry Orchard Festival Symphony Orchestra, conducted by Maestro Alexander Tsaliuk.  With Maestro Tsaliuk collaboration she presented the first half of her program “Mother’s Eyes” paying tribute to Jewish heritage and featured well-know and recently re-discovered Yiddish standards. The second half consisted of English, French, Italian, Spanish hits.  Her unique voice has a certain timber that gave a fresh interpretation to Block/Harnick’s “Sun Rise Sun Set “and George Gershwin “The Man I Love’. 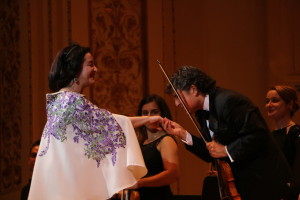 In 1991 French composer Michael Legrand invited Ms Gverdtsiteli to share the stage of the famous Paris hall Olympia with him. After the show, attended by more than 3,000 people, maestro Legrand yelled out “Paris, remember this name! Tamara!” Several years later the New York Times named her “Russian Edith Piaf.” 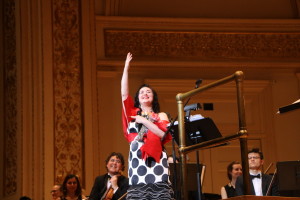 Conductor Alexander Tsaliuk, co -founded the Male Jewish Cappella in 1989.  The choir blended beautifully with Ms. Gverdtsiteli’s voice. Ms Gverdtsiteli introduced all her songs in Russian.  The mainly Russian speaking audience  cheer and clapped in unison after each song.  You don’t have to speak Russian to appreciate Ms Gverdtsiteli’s enormous talent.   She has a gift for touching the soul with her singing.  After she sang A “ Ydishe Mame”(Jewish Mother) tears were running down my cheeks even though I did not understand the Yiddish lyrics.   You do not have to understand any of the songs lyrics to be moved by Ms. Gverdtiteli’s performance. 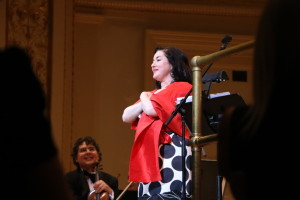 I will forever remember this evening and will be a fan.

G. H. HARDINGJanuary 30, 2023
Read More
Scroll for more
Tap
My View: Some Community Gardens Just Have Flowers and Vegetables – This One Has Movie Stars Too
Donny and Marie Osmond – Impeccable at the Paramount