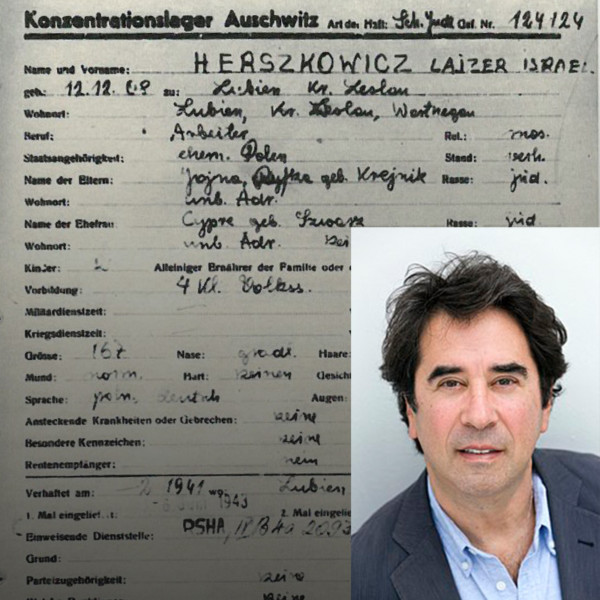 Suzanna Bowling
“On October 3rd 2011 at 8:30 AM, during the High Holy Days of the Jewish New Year, I walked into Block 24 at the Auschwitz concentration camp in Oswiecim, Poland.” 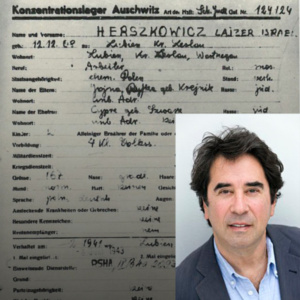 So begins Dr. Allen Hershkowitz’s memoir of searching for his father’s history in the concentration camps at the hands of the Nazis. This multi-racial, multi-denominational multi-generational event will start with a reading of the memoir and finish with an interfaith conversation about the Holocaust and its reverberations today.
Dr. Hershkowitz and special guests including Gina Sharpe, co-founder and former Guiding Teacher of the New York Insight Meditation Center, actress Zelda Adams, Bishop Victor A. Brown, Senior Pastor of Mt. Sinai United Christian Church in Staten Island, and Holocaust survivor Ann Jaffe will read from his memoir Finding My Father’s Auschwitz File. After the reading, Rabbi Joseph Potasnik, Executive Vice President of the New York Board of Rabbis, will moderate an interfaith conversation about the lasting impact of the Holocaust, includingcurrent awareness and prevention of genocide with Dr. Hershkowitz, Ms. Jaffe, Ms. Sharpe, and Imam Dr. Tahir Kukaj, Vice President of the Albanian Islamic Cultural Center in Staten Island. Fr. Brian McWeeney,Director of the Office of Ecumenical and Interreligious Affairs at the Archdiocese of New York, will open the program on behalf of The Sheen Center.
“Hate crimes have risen for the past four years and in 2017, the last year for which complete data exists, there was a 57 percent jump in anti-Semitic crimes in the U.S.. Sadly, racist, homophobic, and anti-Semitic hate crimes are on the rise worldwide,” said Dr. Allen Hershkowitz, author of the memoir Finding My Father’s Auschwitz File. “January 27th, International Holocaust Remembrance Day, offers a timely opportunity to gather and reflect on our common humanity, to emphasize that people of good will hear the cries of the world. My book documents the story of my parents’ persecution by Nazi murderers, the slaughter of their first three children, their first spouses, their parents and relatives, simply because they were Jewish. My story offers a uniquely powerful reminder of how poisonous hatred can be, and the miraculous strength inbred in those committed to survive.”
“International Holocaust Day of Remembrance marks the anniversary of the liberation of the Nazi concentration camps,” says William Spencer Reilly, Executive Director of The Sheen Center. “This is a day when all people of all faiths reflect on one of the darkest chapters in human history, look to the future in our common hope to make the world a better place, and celebrate the human spirit of survival and perseverance. Allen’s remarkable and personal story of piecing together his parents’ history in the camps is something we are proud to share.”
Dr. Hershkowitz learned little from his parents about their past. It was not until he uncovered his father’s Auschwitz file that he recognized how far from understanding their history he was. His father’s life, as well as the life of his mother, was a miraculous drama. In October 2011, with the hundredth anniversary of his father’s birth approaching — he was born December 12, 1912 — Hershkowitz decided it was time to visit Auschwitz. He took a detour on his way home from Portugal for the High Holy Days and finally went to Auschwitz and found that his father’s file had miraculous survived the Nazis’ burning of inmate records before they abandoned the camp.
Copies of the book will be available for sale at the event. Copies will also be available at Shakespeare and Company bookstore on Lexington Avenue.
The Sheen Center for Thought & Culture (18 Bleecker Street, at the corner of Elizabeth Street, NYC) presents Finding My Father’s Auschwitz Files a special event commemorating International Holocaust Day of Remembrance on Sunday, January 27, 2019 at 3PM.
Visit www.SheenCenter.org for more information about the above event as well as other theater, film, music, poetry, art, and talk events featuring artists and thought leaders including Grammy Award-winning singer-songwriter Mary Chapin Carpenter; Tony Award winner Lena Hall; Grammy Award-winning musician and recording artist Eileen Ivers; and journalist and former Wall Street Journal columnist Sohrab Ahmari. Events will include the new Broadway Backstage series featuring Joe Iconis and cast members from Be More Chill, andcompany and creative team members from the upcoming Roundabout Theatre revival of Kiss Me Kate; anniversary screenings of milestone films Mississippi Burning and The Wizard of Oz; direct from London’s West End, the U.S. premiere production of All Our Children; an in-depth exploration of the Morgan Library & Museum exhibition  Inside Tolkien: Maker Of Middle-earth; as well as special talk events tackling topical national themes including race, faith, the disabled, and more.
Related ItemsDr. Allen HershkowitzFinding My Father's Auschwitz FileInternat'l Holocaust Day of RemembranceNewOff Boradwaythe Sheen Center
Off Broadway

Suzanna BowlingAugust 7, 2020
Read More
Scroll for more
Tap
BroadwayCon and You are There With The Prom
Maestro Misses the Musicality of Toscanini