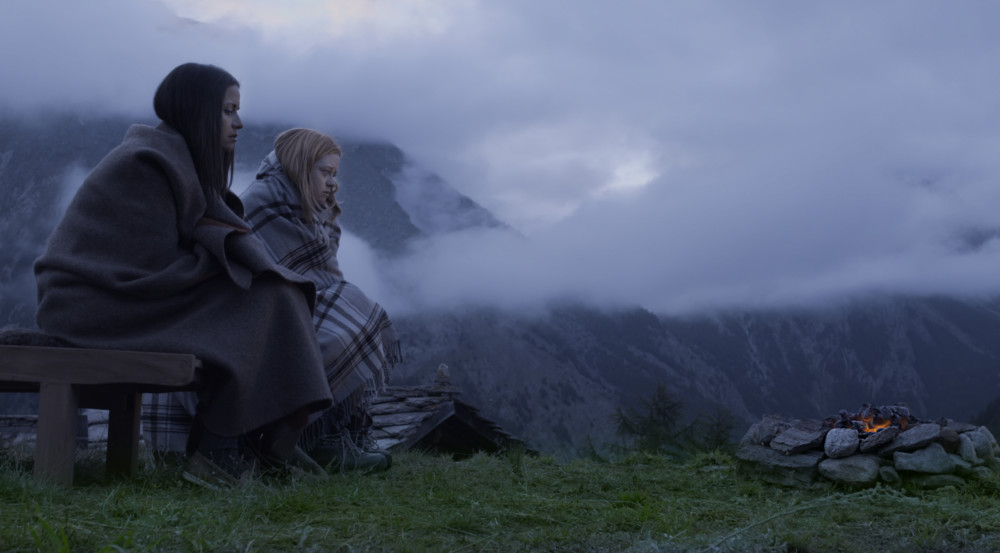 On the Chelsea Film Festival’s opening day, I had the pleasure of sitting down with German filmmaker, Christoph Lehmann. His first independent feature film, Half Brothers, was selected to open the festival later that night. Fresh from the Festival’s meet and greet, Christoph met me in Herald Square to talk about the inspiration for the story, the process and the challenges that came with making Half Brothers.

Christoph was a commercial director for 15 years, working in advertising and doing documentaries. He said that he always knew that he wanted to direct a feature film. He said, “Someday it happens to you, you wake up and think, ‘What are you doing?’ I decided I have to stop this. I have to do a feature movie. So I decided to go for it.”

He explained that one of the most important things that he would like Americans to understand is that in Germany it is almost impossible to make a movie without a television studio or public funding attached to the project. In America the idea of an independent movie is usual – while in Germany independent movies are rarely made.

Christoph: “I founded a small company [Zollernalb Film], found a great CEO for it and he produced the movie. He found a lot of partners and sponsors, and we decided to go for it without any TV attached, without any public money attached.”

On Finding A Screenwriter

Christoph: “If you do your first movie in Germany you usually have to be the writer and the director at the same time. Personally I think having an idea for a story, having a clear picture – that’s what I like. I don’t like to write. I’m very afraid of white empty pages. I think [writing and directing are] two different jobs. Good writing is something different than good directing. Of course there are people who can do both, and for sure there are projects where it necessary to do both, but I think in general it’s better to have two people, a writer and a director because it has a new perspective on the same thing. Being a director you can add something new to the story.

I met Niles Maxwell [the screenwriter for Half Brothers] in a small German town close to Stuttgart. He applied for a job in our company as a producer. I realized that he is a writer, so I asked him about writing. I told him about my goal to shoot my first feature movie, and I asked him if he could imagine to write a story which is easy to produce – easy in the way of not a big cast, not a lot of locations. He was the first person I ever met who really finished the job. He showed up just half a year later with the first draft. I was very surprised to find someone and to have a screen play.” 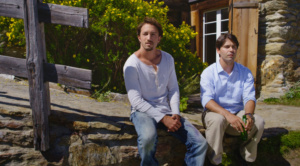 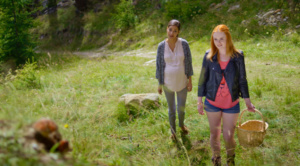 Nadine Vinzens and Alicia Gerrard in Half Brothers

The first draft of the screen play was not quite what Christoph had hoped for in terms of a mystery. He really liked the characters however, so he decided to scrap the mystery and make a drama instead.

Christoph: “I like Ciara very much. I like David. You have to hate him in the beginning until you realize he’s the only one that’s trying to do everything in the right way and he ends up being the asshole. But that’s how our world works, there are a lot of fathers who are going to make money for their family and then they get into the worst because they have no time for family left. That’s somehow unfair. But he’s treated that way, unfair as well.” 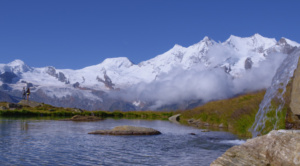 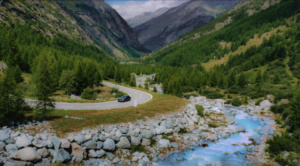 Half Brothers was shot in the Swiss Alps in a small resort town called Saas-Fee. Saas Fee is a destination for winter sports all year round, and in the summer months attracts mountain climbers as well. It boasts the world’s highest revolving restaurant and the world’s highest underground funicular railway. As the movie shows, the glacier village is charming and its surrounding landscape is breathtaking.

Not unfamiliar to film crews (Wham! Shot the music video for “Last Christmas” there in 1984), Saas-Fee was very willing to be a part of the making of Half Brothers. Christoph, his producers, cast and crew are very grateful for the immense support they found in Saas-Fee.

Christoph: “[Saas-Fee] had been interested in being part of a story – the set up for a movie. You never know what happens to an independent movie, some of them never get seen and some are. So it can be a mistake to support the movie, but they did. They supported us by helping us with hotel rooms for all the crew. We didn’t pay one cent for our team to spend the nights there. For six weeks that means a lot. Saas-Fee sponsored hotel rooms and all the catering for thirty people for six weeks. A lot of hotels and small BnBs supported us that way.”

There were many challenges that come with shooting in Saas-Fee. For example, there are no cars allowed in Saas-Fee, so from day to day moving equipment to various locations could be a challenge. Other challenges included the elevation (Saas-Fee sits at 1,800 meter), and the unpredictable weather of the Swiss Alps. They met these challenges using drones and helicopters, and by being flexible.

To shoot the ice cave scene, which is at 3,500 meters, the first challenge was getting all the equipment on location. The next challenge was elevation sickness. 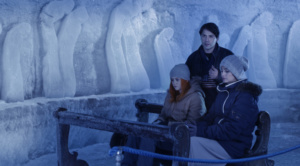 Alicia Gerrard, Derek Dean and Nadine Vinzens in Half Brothers

Christoph: “Because you don’t have oxygen in the air, the guys lost their lines. And it’s funny afterwards, but when you have three hours to shoot, and you can’t shoot for one hour or more – So I just said, ‘Okay, we’ll shoot anything, and you say what you remember.’ Afterwards we recorded the lines and dubbing them. It was hard editing to put the lines from the sound stage together with what we shot.

This is what’s interesting about shooting a movie with a low independent budget at a place where no cars are allowed, where logistics are hell. You have to walk up with 20 people and all the equipment on small pathways up to the mountains, and you have to use underground trains and gondolas. There are only two ways to shoot like this: very small and low budget or really high budget – there is nothing in between.”

Keep an eye out for part two of my interview with Christoph Lehmann in which we discuss distribution of Half Brothers, and what he hopes for next in his career.