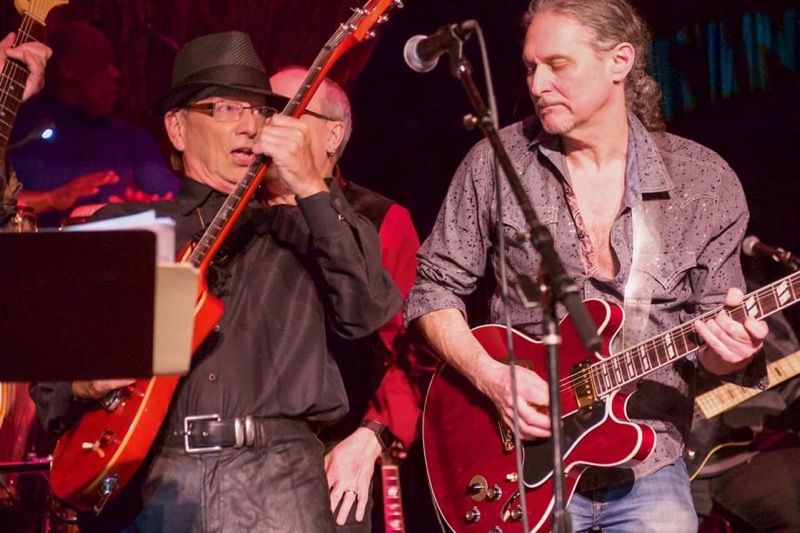 Since 1999, Steve Walter’s Cutting Room in NYC has been the musical epicenter in NYC.

I personally recall one of my favorite shows there being an intimate Ron Wood, Mick Taylor, and Al Kooper show. Sitting in the balcony listening and watching (with Micky Dolenz no less) it sent chills down my spine.

I’ve been privileged to see a number of Jimmy Webb shows; Peter Asher shows; and several Stephen Bishop shows; and, even one show where Neil Young was in the band, and each one has been terrifically memorable.

Not only for their performance, but you can just sense how comfortable the artist is.

It’s not just the space (which is excellent), or the sound (which is pitch-perfect), but, more so the atmosphere provided by Berklee-graduate, Cutting Room-chieftain Steve Walter. Being a musician, he understands perfectly the complexities of organizing and producing a show. And, what each musician needs … and, wants, to be in the perfect mood to deliver an exceptional show.

The only comments I ever hear about the club, have been superbly positive. It’s almost as if Walter and his crew picked up the mantle left by the late-great Bottom Line – they closed up shop in 2004.

With the health pandemic closing almost everything in sight in March of the year, we wondered how Walter was faring up under the circumstances. We spoke to him via phone:

Q: What’s the status of live performances in NYC right now? Is there even a date everyone is working with?

A: Not sure about a date, hoping for September as summer in the city is always quiet anyway. A lot of this depends on how flexible the landlords will be and if the feds step in to help them with their mortgages etc.

Q: When the club opens, obviously it’ll be with a new set of rules. Can that be accomplished and still provide what you’ve been doing since 1999?

A: It will be very hard to create the right energy with all the current restrictions and rules. Of course gaining consumer confidence will be an issue. I hope by then it becomes more relaxed.

Q: I know you’ve consistently had just one of the best staffs in town; will they all be returning?

A: I think the staff will return, they are like a big family and are keeping in touch with each other.

Q: What are some of your most memorable moments there?

A: There have been so many great nights, it’s hard to pick, you mentioned the Ronnie Wood shows, certainly a highlight. Howard Stern did a Town Hall with Billy Joel, Pink, Tony Bennet, Idina Menzel & Melissa Etheridge. Pete Seeger had the whole audience singing “Turn Turn Turn,” Judy Collins jumped up with Jimmy Webb. It was an honor having Joan Rivers once a week for four years and Dave Chappelle doing seven shows to warm up for Saturday Night Live and having the after-party there too. Actually, we’ve had many great SNL after parties. Sheryl Crow, Gwyneth Paltrow and Kid Rock on stage together. Bill Murry did “Gloria” at our weekly Felicia Collins jam. Two presidents doing dinners, Bill Clinton and George Bush, Speakers Nancy Pelosi, Caroline Kennedy and John Lewis. There have just been too many to mention.

Q: I loved the original space on 19th, but the new location is just fabulous. I remember when you got it, I visited and it was what, a rug outlet previously?

A: It was a Persian rug store, built in 1916 as a lingerie factory.

Q: There have also been some terrific events, like your bash for Micky Dolenz in 2017 and the recent Gilbert Gottfried Birthday night. Just fantastic all around.

A: I have had many great conversations with Micky over meals and drinks, he has a very rich rock n’ roll history and I love his stories.

Gilbert has always been one of my favorite comedians and dong his 60th birthday party was an honor. He is a comic genius. Getting to meet and break bread with my heroes is a major perk for me.

Q: We’ve seen you up onstage many times, playing guitar and it’s just great. Will there ever be a Steve Walter album?

A: Playing “25 or 6 to 4” with Danny Seraphine, original Chicago drummer was a personal highlight as I played that song in a high school rock band and never thought that could happen. Don’t know about an album but I really have to jump up and play more, it is so much fun and I should really take advantage of it.

Q: You know that the NY-music community supports you totally. We want the club to come back stronger than ever.

A: The music community has been great and I am flattered they consider this like their living room. We will have one killer jam when this is all over. Pull out all the stops!

G. H. HARDINGOctober 20, 2021
Read More
Scroll for more
Tap
The Glorious Corner
Cannabis and music: What the science shows us.