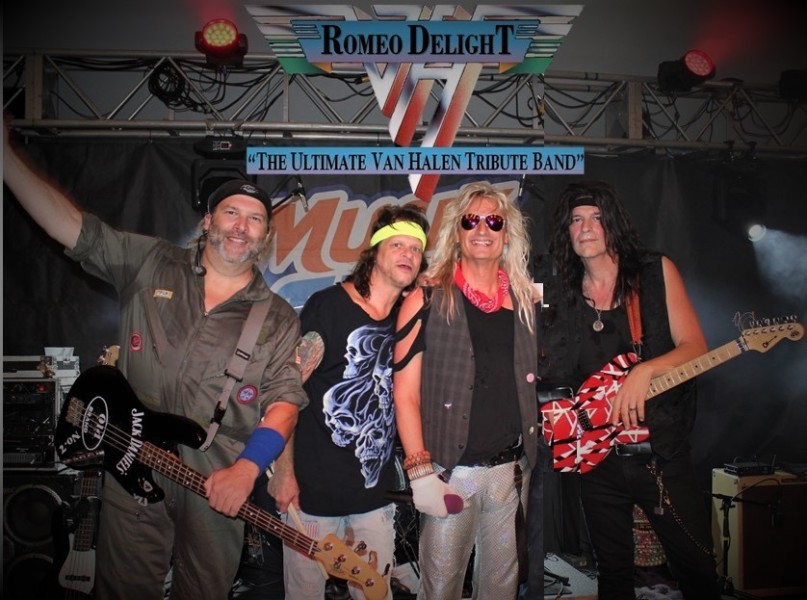 Buddy Blanch is the lead singer and driving force behind the Van Halen-tribute band Romeo Delight. With an impressive track record of performances around the country, they’ve just announced a date at The Cutting Room in NYC. With tribute-bands currently the #1 form of live entertainment in the country, we visited with Blanch and got his insight as to why Romeo Delight has emerged as one of the premier bands in the country.

Q: We just heard you’ll be playing the Cutting Room on June 20 … what can audiences expect?

We perform with the same energy, timeless songs, flamboyant look, and sound reproduction that has made Van Halen famous!

Q: Will it be your debut NYC performance?

Yes, this will be our first New York City performance; we just appeared  at Daryl’s House, which is always a great time and immediately invited back later on in June. We are excited to deliver our Van Halen show to NYC.

Q: Tell us about the history of Romeo Delight?

It all started with connecting with lifelong friends, including Bassist Joby Parendier, who loves to play Van Halen!  We decided to put our energy and creativity into Romeo Delight.  The more we performed the bigger the band became and with our fans, it’s a great experience.

What turned out to be a fun weekend show started gaining a huge following and led to us being the number one most viewed East Coast Van Halen show in the United States! Then, we were named one of the top tribute bands in the country, and recognized in the Van Halen book Unchained as both top tribute and top vocals. The band is a group of talented musicians who love play the great timeless music a Van Halen.

Q: Tribute bands currently are currently the #1 form of live entertainment; from Las Vegas to NYC. What does it take to have a successful tribute band?

I think you have to love what you do and that comes through in the performance. You need the ability and sound plus look like the original performers. You have to give the people what they want kind of attitude and have it come across in a genuine way to make the audience feel like they are at a Van Halen concert! We love what we are doing and that is the gateway to a successful tribute band!

Q: The original Van Halen … they may not be returning. Sad as that sounds, you can carry on the history, right?

Yes, it is our honor to carry on the lasting legacy of this timeless music catalog. You can’t go wrong with a great American band like Van Halen. We can feel the energy in the room when these songs are played live. That is the reason we will have no problem performing for quite some time!

Q: Original VH vocalist David Lee Roth has acknowledged the band. Tell us about that?

David Lee Roth created and hosts The Roth Show Podcast. He selected our You Tube video performing “Just Like Paradise” for his opening segment for the show.  It was definitely a highlight for us!

Q: Could there be an original Romeo Delight record someday.

Yes, I’ve completed a catalog of original music. I’ve had interest from several  labels, including Capitol Records. I’d love to release an album in the future.

Q: Micky Dolenz of The Monkees has been a good friend; supporting you and even appearing in stage with you. Tell us about that friendship.

Micky Dolenz is a close personal friend and has been a great supporter of the band. He has insisted on performing with Romeo Delight for several East Coast Shows and as the headlining band he sings with at the Official Monkees Conventions.

Q: You mentioned Daryl Hall’s club  Daryl’s House in New York; what was that like?

It is an amazing, world-renowned, iconic venue.  It’s an honor to be added to their roster of famous celebrities and to deliver multiple sold-out shows to our fans! We will be back there on June 6th!

Q: Tell us 5 things we should know about Romeo Delight.

–  #1 Most viewed Van Halen Tribute Band on You Tube!
–  Named Top Tribute in the World, and Top Vocals in the Van Halen book Unchained!
– Romeo Delight is the only band in the world to perform entire Van Halen album’s in track sequence.

– We feature customized recreations of costumes, staging and instruments. 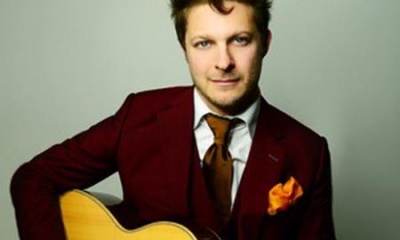 Suzanna BowlingFebruary 22, 2021
Read More
Scroll for more
Tap
Jazz at Lincoln Center Announces Easily Access To a New Series Of Concerts, Education Offerings and Webcasts Of Artists From Around The World
And The Show Must Go On With The 24 Hour Plays, Casting Directors and the Brilliant Seth Rudetsky, his Husband James and the Stars In The House