Interview With The Chad Austin of the Abingdon Theatre Company 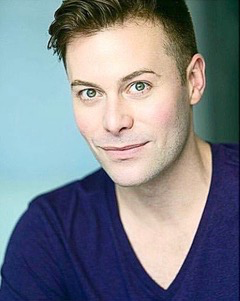 Interview With The Chad Austin of the Abingdon Theatre Company

In 2018 Chad Austin was named the artistic director of Abingdon Theatre Company. Austin, who has been the associate director since 2016, succeeded Tony Speciale. T2C sat down with this influential voice of theater.

“I love being a part of the Abingdon team and I am grateful for this opportunity,” says Austin. “I’m eager to elevate Abingdon’s profile as we continue to develop and produce new work. We will continue to move forward with programming that not only engages and entertains, but also allows our audiences to see themselves in our work.”

“I created the I WILL Campaign out of pure necessity. I wanted to help spread hope for a brighter future, past the pandemic. If we can help inspire one patron, artist or inspiring artist to look forward to the future, then it is a success for me.” “The truth is I needed the I WILL campaign. I needed to be able to see a future full of inspiration, creation, and art.”

#IWILL is Abingdon Theatre Company’s new campaign to bring their patrons, colleagues, friends and family together, in hope for the future. Rather than reflecting on what we have lost as a theatre community, Abingdon wants to shine a light on their goal of getting back on to the stage by asking artists to share what they commit to do as soon as it is possible to do so. Over the next few weeks we will be seeing an array of videos and social media posts from ATC sharing ‘I Will’ statements from performers, writers, producers and other creatives, including Kate Baldwin, Frances Ruffelle, Bianca Marroquín, Andrew Lippa and many more. This campaign is part of Abingdon’s ongoing mission to inspire all artists and prove once and for all that NYC is not dead.

Abingdon Theatre Company was formed in 1993 by a group of theatre artists, eager for ongoing collaboration and greater control over their creative lives. Now, over 25 years later Abingdon has collaborated with over 200 playwrights including Tony Award Winner, V (Formerly Eve Ensler), Philip Dawkins, David Greenspan and many more. In recent years their annual galas have honored artists such as Bebe Neuwirth, Donna Murphy and Andrew Lippa. Recent productions include the New York Premieres of both Fruit Trilogy and The Gentleman Caller and the critically acclaimed Drama Desk Nominee, Get On Your Knees. The company provides a safe home where playwrights, directors and actors can collaborate within a supportive and nurturing environment. They search for stories about the human experience that reflect our social, political, historical and cultural diversity. They are acutely aware of the theatre’s power to unite disparate population groups through stories about common human interests and strive to shed light on a variety of perspectives.

#IWILL campaign consists of an array of videos and social media posts from ATC featuring ‘I will…’ statements from a variety of artists and creators including:

Abingdon will be bringing theatre back to you. They are currently looking ahead to the virtual Fall Festival of Short Plays and are planning their 2021 program, including the introduction of Abingdon Radio, where for the first time ATC will bring entertainment in the form of recorded plays, starting with two American classics followed by two new works. They will also continue the One Night Only series, the Around the Table free reading series and many more exciting events. They will also be continuing the Carolyn Halpert Artist in Residence Program, nurturing up and coming artists who are making their way into the world of theatre.  So, ATC would like to know, will you join them? By saying ‘I will’ and sending them your pledge, ATC promises to continue. They will write theatre, they will create theatre, they will perform theatre and they will share theatre.
I will, we will, will you?
You can join the #IWILL campaign by making your statement at www.abingdontheatre.org/iwill.

Suzanna BowlingJanuary 18, 2023
Read More
Scroll for more
Tap
Who Will Be Streaming the Fame Searching Crossover, A New Pop Musical?
What To Watch December 9th To Take Away The Blues