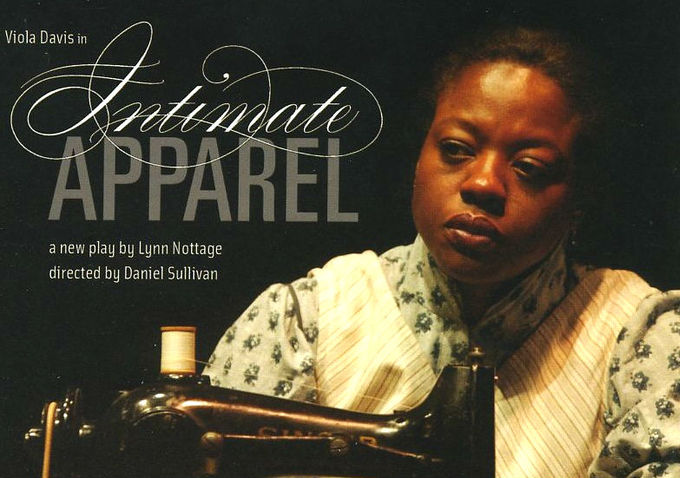 Lincoln Center Theater (under the direction of André Bishop) has announced casting for its upcoming production of Intimate Apparel, a new opera with music by Ricky Ian Gordon and a libretto by Lynn Nottage, based on her critically acclaimed play.  The opera, which will be directed by Bartlett Sher, will begin previews Thursday, February 27 and open on Monday, March 23 at the Mitzi E. Newhouse Theater (150 West 65 Street).

Set in turn of the century New York, Intimate Apparel tells the story of Esther, a lonely, single African-American woman who makes her living sewing beautiful corsets and ladies’ undergarments.  Seeking love and romance, Esther embarks on a letter writing relationship with a mysterious suitor laboring on the Panama Canal, and comes to realize that only her self-reliance and certainty of her own worth will see her through life’s challenges. The role of Esther will be performed by Kearstin Piper Brown at Tuesday through Saturday evening performances and Sunday matinees, and will be performed by Chabrelle Williams at Wednesday and Saturday matinee performances.

Ricky Ian Gordon’s score for Intimate Apparel paints a portrait of life in 1905 New York City, employing a variety of musical styles including ragtime, cakewalk and the blues. Lynn Nottage has written her first libretto for this operatic version of her lauded drama, which was developed by Lincoln Center Theater and the Metropolitan Opera as part of the Met/LCT New Works Program, a co-venture between the two institutions which is dedicated to developing new opera and music theater works.

In addition to Intimate Apparel, the Met/LCT New Works Program has overseen the creation of several new operas, including Nico Muhly’s opera Two Boys, with a libretto by Craig Lucas; and Eurydice by Matthew Aucoin and Sarah Ruhl, which receives its premiere at the Los Angeles Opera in February before opening at the Met and, the upcoming Grounded by Jeanine Tesori and George Brant.  Other composers and librettists currently working on projects for the New Works Program include David T. Little and Royce Vavrek, and Joshua Schmidt and Dick Scanlan.

Intimate Apparel will have choreography by Camille A. Brown, sets by Michael Yeargan, costumes by Catherine Zuber, lighting by Jennifer Tipton, sound by Marc Salzberg, projections by 59 Productions, casting by Telsey + Co., and music direction by Steven Osgood.  Theresa Flanagan is the Stage Manager.