“When we all came to work at the Barrymore Theatre during ‘The Life,’ we could count on being greeted by the always smiling Ira Gasman.  He was brilliantly creative and a beloved colleague.  We all adored him.  Ask anyone who was on ‘The Life;’ they’ll tell you.  Hopefully he’ll be there at the Pearly Gates when we all get there as well.”

Judy Jacksina publicist for The Life. 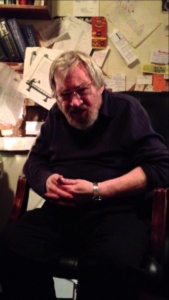 Two-time Tony Award nominee Ira Gasman, passed away October 6 in Norfolk, Virginia, at age 76. Gasman wrote the book and lyrics to the Cy Coleman-scored 1997 musical The Life.  Based on an idea by Gasman, this musical about pimps and prostitutes set in the 1980s Times Square earned critical acclaim and garnered 12 Tony Award nominations. This 1997 Broadway show earned more than any other that season. The show won Tonys for  Lillias White and Chuck Cooper. Personally I think Sam Harris should have also won. The musical also won the Drama Desk Award that year for Outstanding Musical. 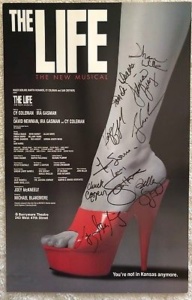 Gasman’s also adapted the life of New York City pop art icon Keith Haring into a stage musical, collaborating with composer Debra Barsha on the short-lived Radiant Baby, which premiered Off-Broadway at the Public Theater in 1993.

He was the co-writer of the popular Off-Broadway musical revue What’s a Nice Country Like You–Doing in a State Like This? with composer Cary Hoffman.