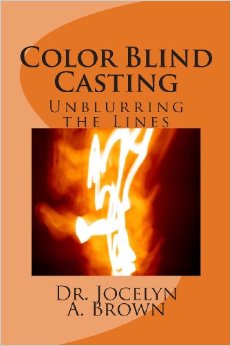 Is Color Blind Casting A One Way Street?

Is Color Blind Casting A One Way Street? 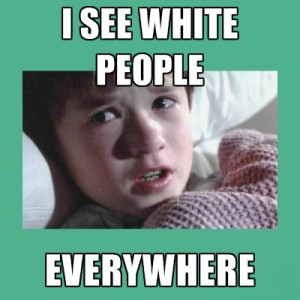 In Chicago at the Victory Gardens Biography Theater a white actor of Italian descent, Jack DeCesare, was cast as Usnavi in In the Heights. The Latino population had a total fit, which brought in Lin Manuel Miranda defending this insanity.  This April at the Marriott Theatre in Chicago Evita had a predominately largely white cast and actors cried foul. In a 2015 a Kent State University production of The Mountaintop, cast a white actor as Martin Luther King. The playwright Katori Hall stopped the production, “Both characters are intended to be played by actors who are African-American or Black. Any other casting choice requires the prior approval of the author,” she stated. Last year, the New York Gilbert & Sullivan Players canceled their production of The Mikado, due to the backlash over their use of white actors in yellow face, where it has always been done in white face. In 2012 The La Jolla Playhouse received a barrage of negative criticism from members of the Asian American community over its casting choices for the new musical The Nightingale. This has been regularly happening across the country and it started when Jonatan Price was cast in Miss. Saigon. BD Wong, who could not sing the role started the ball rolling.

Why was there no out cry when they cast James Earl Jones as the former President of the Untied States in Best Man? When in Les Miserable you has a Hawaiian Mother, a white father and a African-American daughter why did nobody see the improbability in that? In The Crucible, they cast a British African-American, in a role written for a white person. Had Arthur Miller been alive, he would have been in a rage. He hated when anything from his plays was changed. I know I worked with him. Breath the wrong way and you heard about it. But Miller is dead and never thought to add these clauses. Are we so afraid and guilt ridden that to open our mouths and state the obvious means, we are called prejudice? Are we only expected to not suppose to see color, when the actor is anything other than white? How is this color blind, if this does not swing both ways?

One of the reasons I liked Hamilton was because it seemed people were thrown into a paper bag and picked for talent and allowed to do what they do best on stage. This year Hamilton posted a notice for “non-white” actors and was criticized by civil rights lawyer Randolph McLaughlin as being discriminatory. He was right. The producers amended the notice, but the fact  was that “white” people were being discriminated against, no matter how talented they were.

It’s against the law, to discriminate based on your nationality or race. The law has been set in place to protect all, be it gender, religious, culture or race. This goes for all businesses not just theatre, where actors are taught they can play anything. Sean Hayes was put down in Promises, Promise for being gay and playing a straight man. Casting should be based on the most talented person for the role. It has always been a casting directors job to stereotype and categorize to a point. When I was acting, there were cattle calls. You sang 8 bars and were typed. You couldn’t take it personally. The creative team had a vision and you were either right or not. I got typed out strictly for having red hair. In the case of Scott Joplin’s Treemonisha, I was cast in a mostly African American opera because there was a role for a white girl and at the time I was the best for the role.

Acting is suppose to be about talent. Maybe if that were the only criteria, there would be no need for colorblind casting and what was on stage, in a film or on TV would be of the highest caliber, not some demographic. In order for colorblind casting to work we can not see color, race, religion or nationality, if we do then it has been a failure!