Is It Bad to Buy Your Own Tarot Cards? 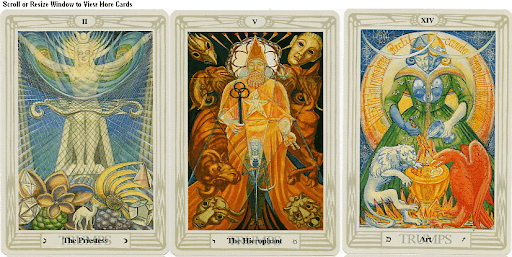 Is It Bad to Buy Your Own Tarot Cards?

Tarot is one of the most used tools in all of history to practice the art of divination for centuries. It started around the 15th century in France and Italy, like part of a game in display for the privileged. Eventually, it developed into a play of divination, and morphed into something similar to today’s tarot due to players needing a significance to each card. Since they were to be painted by hand, paying for such commodities were only for the wealthy.  As it is no longer just under the control of the rich ones, Tarot today is available for every person that desires to learn about it.

Learning the art is not a hard task with today’s easy accessibility to internet, and the vast amount of stores that give you access to books that include history, meaning of decks and guides towards a better understanding of how you should read them.

As soon as many of us show interest in the art of seeking for wisdom through tarot reading like Tarot prophet there begins a belief (or rather, superstition) that if you want to buy your own deck of cards, it’s something bad. Instead, some go and advise your decks to be a gift, or inherited from another tarot reader as the alternative. And while one can take these words with a grain of salt, there should always be a way to dig deeper into why this is a common thing people say.

HOW DID THE MYTH BEGIN?

Let’s begin by trying to understand how these superstitions begin to be a thing.  Nowadays, most tarot readers you meet have bought their decks themselves. It’s rather easy to reach an online retailer of your preference and getting a deck that works with you. 50 years ago, although groups and seminaries dedicated themselves to teach the mystical art of it all, there was no internet and the access to a deck mostly depended on inheritance and gifts from others. Let’s imagine a few of these seminaries proclaiming their decks were passed on and advising the listeners not to buy them themselves, the gossip would most likely spread like wildfire.

It’s not a historical superstition, so perhaps it goes back to a time when tarot cards were not published regularly like they are now as well, with millions publishing their own and selling them online. The decks would have been passed down like family inheritances such as your great grandmother’s wedding ring. It would make sense if the tarot readers of the time would believe those decks held more power since they held some sentimental value.

IS IT REALLY BAD LUCK THOUGH?

There are many tarot readers who, although receiving decks as gifts, it takes a couple of readings to notice that they don’t feel right, and you don’t seem to read them properly. It has to do with how we perceive the images, and the energy they give out when you hold them.

In the end, the fact is that many (if not most) tarot readers today buy their own decks from the vast variety there is available. Many readers after research make the decision to buy their first deck themselves. It just seems highly irrelevant for a deck to give bad luck because it was self-bought, even more so considering today’s era. But if we must believe in something, it is that if we use a deck thinking that it will bring us bad luck for having bought it, it will be because our energy is focusing on something negative.

Reading Tarot doesn’t have to be complicated. It’s about having enough patience and trusting your own intuition. Tarot is a spiritual practice so personal and mixed with energy, that you’re actually safer by picking out your own deck, rather than potentially ending up with a deck that doesn’t match with you and your tastes, your energy or your spirit at all.

If we have the ability to connect with the cards, we will be able to have more than half the work. Of course it is wonderful to receive a deck of cards as a gift, it is a sign of appreciation and we can even collect them; but when we do a reading it doesn’t really matter where the cards come from, if they are bought or a gift

The truth is, tarot is a reflection of our own soul, personality, and energy. We all have some level of intuition to read the cards for ourselves and others. But the connection to the deck is what makes that intuition come alive. When you have co-operation between you and the deck, and you can feel connected to it, the rest is a piece of cake. Whatever you see becomes personal, and more often than not, your readings become accurate. The connection between the deck and the user is all there needs to be!

The decks and their origins vary infinitely. There are Goth cards, Arcane cards, Mythological cards, Occult and Wiccan cards, as well as custom cards from experienced readers, and each one have their own soul. With that, comes along the different ways they can work together with you to reach a connection. It’s up to you, enjoy a tarot reading with Norse myths or try again with the vampire deck you found!

The choice is entirely yours, to seek into the circle of tarot readers and receive that kind of gift from a friend or closed one; it may be a great deck that works wonders for you, or it may be something you save in a drawer to collect dust. If the superstition persists to bug, perhaps you should try to get a gift like those from your friends. That, considering there is a strong gut feeling that tells you that you need to watch out for the bad luck it may bring you. To each their own, just make sure you feel comfortable with what you’re doing, and have fun picking up something for you to work with!

Suzanna BowlingJuly 31, 2021
Read More
Scroll for more
Tap
September is Packed With Things To Do
24 hours- why people started liking the game?