Is This A Room Straight From The Headlines 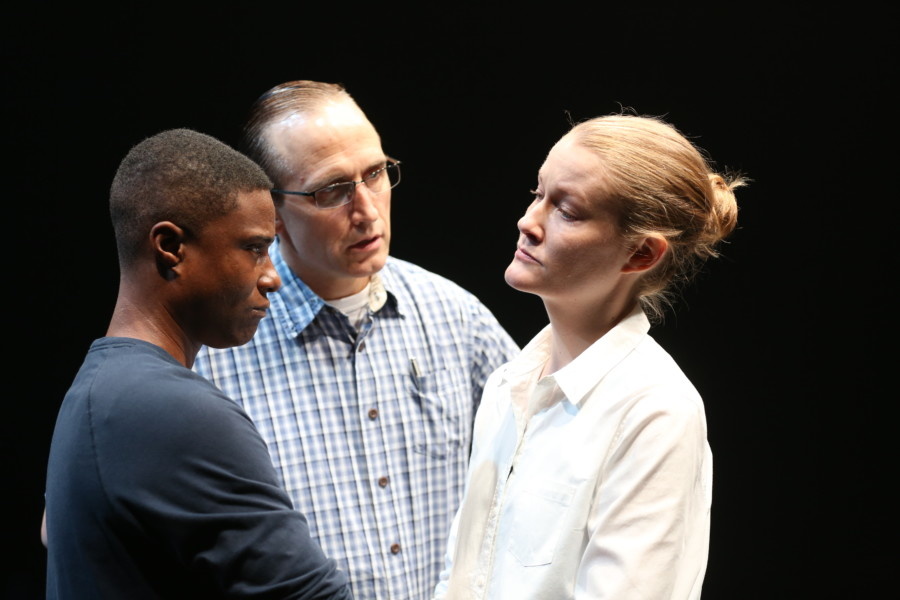 Is This A Room Straight From The Headlines

Reality Leigh Winner, is a former American intelligence specialist. In 2017, she was charged with “removing classified material from a government facility and mailing it to a news outlet.” The material in question originated with the National Security Agency. On June 3, 2017, while employed by the military contractor Pluribus International Corporation, Winner was arrested on suspicion of leaking an intelligence report about Russian interference in the 2016 United States elections to the news website The Intercept. The report suggested that Russian hackers had accessed at least one U.S. voting-software supplier. She was 25 years old and is still serving a five-year-and-three-month sentence under the Espionage Act.

Now at the at Vineyard Theatre Is This A Room re-enacts the verbatim transcript of the now-unclassified FBI interrogation. Reality (Emily Davis) was approached outside her home in Augusta, Georgia, by Special Agents Justin C. Garrick (Peter Simpson) and R. Wallace Taylor (TL Thompson) of the FBI, armed with search warrants for her house and car, and soon joined by another “Unknown Male” (Becca Blackwell) who is there to assist.

Emily Davis as Reality gives a captivating performance. It is clear from the moment the agents enter she did the deed, however what was most interesting is that she answers and complies without ever being shown the search warrant. Winner, who eventually pleaded not guilty to espionage charges admits to the agents, under duress that she copied the document and sent it to The Intercept. She explains she was “mad about what she had recently seen in the media” and “wanted to set the facts right.” Davis is giving a a tour-de-force performance.

Pete Simpson, TL Thompson, and Becca Blackwell show us the cat and mouse techniques of the FBI specialists. Simpson, is the by-the-book agent who just wants answers. Thompson is the “good cop” acting humane about her pets. Blackwell, is the man/ women power who is doing the physical searching.

You watch this on a bare bones stage by Parker Lutz looking across to a line of audience members on the other side The lighting by by Thomas Dunn alters between bright lights and blackouts.

There are moments that words are cut or left out. This is due to inaudible portions of the transcribed tape and unclear sound by Lee Kinney and Sanae Yamada. The original music by Yamada, heightens the stark reality that is happening before your eyes.

Tina Satter’s keeps on air of tension permeating the room. This is uncomfortable and disturbing as you see the way the FBI gets their way from the transcription of Altun Ha and Lamanai and Ms. Slater’s reenactment.

My question after seeing this was why was The Intercept not brought up on charges? Transparency in government should be the norm. When the government hides the truth, should those who have the courage to report it be jailed? I admire those who risk their lives, careers and their freedom to expose the dark secret the government doesn’t want us to know. Is This A Room is a celebration of that.

Suzanna BowlingJuly 28, 2022
Read More
Scroll for more
Tap
Celia Keenan-Bolger is Serenaded By Kelli O’Hara Singing a Unheard Michael Friedman Song at Broadway Stands Up For Freedom
The Great Society a Time of Riots and War