The 10-time Tony Award-winning Best Musical, The Band’s Visit, welcomes award-winning Israeli actor Sasson Gabay to the company in his Broadway debut. Starting Tuesday, June 26 Gabay will reprise the character he created in the 2007 film on which the musical is based. 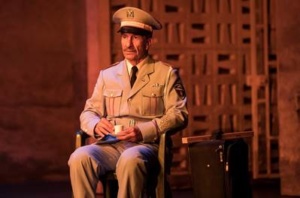 Sasson Gabay is an Israeli star of stage, TV and screen, who recently received the Lifetime Achievement Award for his contribution to Israeli cinema at the Israeli Film Festival. Gabay is one of the most respected and outstanding actors in Israeli film with work spanning five decades, including some of Israel’s most popular and critically-acclaimed films as well as international hits such as Rambo III, Gett: The Trial of Vivian Amsalem, Delta Force One: The Lost Patrol and The Band’s Visit (Israel’s top-grossing film in the US). 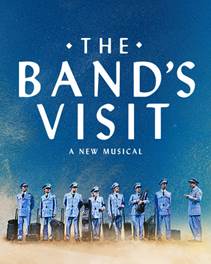 The Original Broadway Cast Recording of The Bands Visit was released by Ghostlight Records and is available digitally and in stores everywhere. Kurt Deutsch served as album executive producer; David Yazbek and Dean Sharenow served as producers.

After a mix-up at the border, an Egyptian Police Band is sent to a remote village in the middle of the Israeli desert. With no bus until morning and no hotel in sight, these unlikely travelers are taken in by the locals. Under the spell of the desert sky, their lives become intertwined in the most unexpected ways. The Bands Visit  celebrates the deeply human ways music, longing and laughter can connect us all.