IT: A Musical Parody Coming To Chelsea Table + Stage 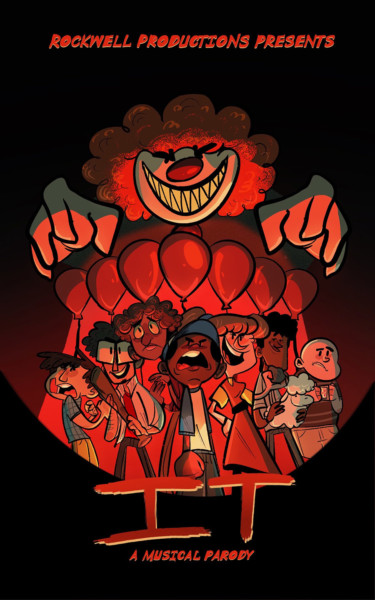 IT: A Musical Parody Coming To Chelsea Table + Stage

Chelsea Table + Stage – New York’s newest hotspot for intimate dining and extraordinary music – has announced the New York premiere of IT: A Musical Parody for 13 performances only, opening Thursday, October 20 and running through a special Halloween performance on Monday, October 31. Featuring a selection of pop and rock favorites, IT: A Musical Parody stars Garrett Clayton (NBC-TV’s Hairspray Live!, “The Fosters”), and is written by John Flynn, directed by Nathan Moore, and features choreography by Mallory Butcher, in addition to musical direction and arrangements by Gregory Nabours. IT: A Musical features production design by Chadd McMillan and lighting design by Julien V. Elstob. Pablo Rossil and E.K. Dagenfield serve as executive producers for Rockwell Productions. Tickets are $35-75, in addition to a service charge. Chelsea Table + Stage is located at 152 West 26th Street.

IT: A Musical Parody follows the haunting plot line in Derry, Maine where seven young outcasts confront their worst nightmare – a shapeshifting evil that emerges from the sewer to prey on children and disguises itself as a clown, known as Pennywise. Taking place over a horrifying summer, the group must band together to overcome their fears and battle the infamous, monstrous demonic evil. This rendition takes inspiration from both the original 1990 classic film and the 2017 re-make, as well as the novel that started it all, ensuring an epically frightful experience.

IT: A Musical Parody will be presented from Thursday, October 20 through Sunday, October 30 with the following schedule: Thursdays and Fridays at 8:00 PM, and Saturday and Sunday at 2:00 PM and 8:00 PM. There will be a special additional Halloween performance on Monday, October 31 at 8:00 PM. 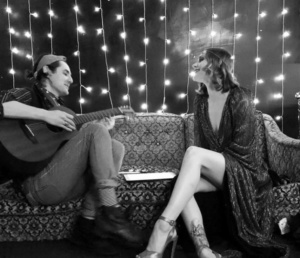 Don’ forget next Sunday, September 4 at 7pm at Chelsea Table + Stage EVAN + ZANE. If you miss or have to stay in on Monday, September 5 at 7:00 PM Livestream will be available.

Evan + Zane is a band formed by award-winning actor/singer Evan Rachel Wood (“Westworld,” Frozen 2, Across the Universe) and Grammy-nominated guitarist/singer-songwriter Zane Carney (U2’s Spider-Man on Broadway, John Mayer, CARNEY, Thundercat). These shows will celebrate “Dream,” their debut recording, which will be performed in its entirety.Each themed Evan + Zane performance leans heavily on Evan’s charismatic, other-worldly vocals and Zane’s film-score meets jazz-phenom brand of rock and roll. Audiences are promised a brand new setlist every show because Evan + Zane carefully craft a specific theme for each performance.

Eden Espinosa offers an intimate evening of music and story as she reflects on her roots and offers a glimpse of what’s to come. Espinosa is most recognized for her critically-acclaimed portrayal of Elphaba in Wicked on Broadway and in Los Angeles and San Francisco. Other credits include originating the title character in Brooklyn the Musical, Flora in Flora the Red Menace, and Maureen in the closing company of Rent on Broadway. Eden is fresh off of the Broadway National Touring production of Falsettos, in which she played Trina. Eden has also originated the role of Sadie Thompson in the world premiere of Rain at the Old Globe Theater. Most recently she originated the role of Tamara de Lempicka in the world premiere of Lempicka , directed by Rachel Chavkin. Her television appearances include shows such as “Law and Order,” “Ugly Betty,” and “Elementary.” Voiceover credits include Cassandra in the Disney Channel’s “Tangled the Series,” “Robot Chicken,” “MAD TV,” “Elena of Avalor,” and “Titan Maximum.” Eden’s released her debut album, Look Around, in 2012.

This evening celebrating Elton John’s songbook, from B-sides to his greatest hits, is performed by Michael Sobie with special guest Julia Murney. Sobie who has toured the US and world as a pianist and conductor for the Game of Thrones Live Concert Experience, Wicked, and Altar Boyz. He’s also worked extensively on TV and films such as A Wrinkle in Time (Disney), Marriage Story (Netflix), “Grace & Frankie” (Netflix), and “Why Women Kill” (CBS). He lives in Los Angeles where he works as a music director, composer, and pianist.

Samantha Pauly is best known for originating the role of Katherine Howard in Broadway’s SIX the Musical, as well as starring as Eva Peron in Jamie Lloyd’s critically acclaimed revival of Evita on London’s West End. Samantha will sing everything from Broadway to pop and maybe even a country song.