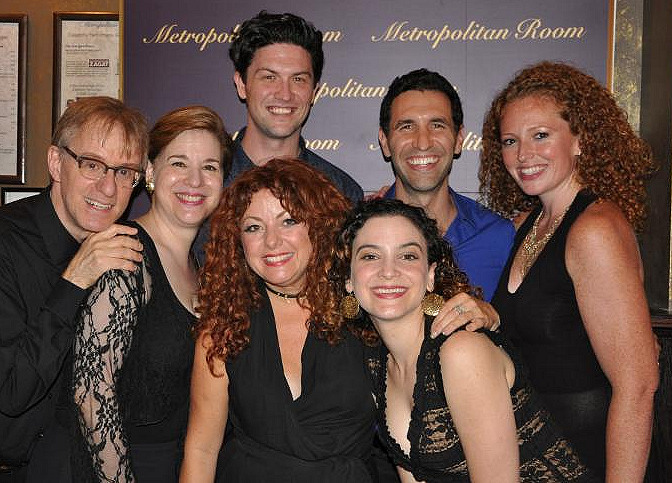 It Helps to Sing About It Is A Hit!

It Helps to Sing About It Is A Hit! 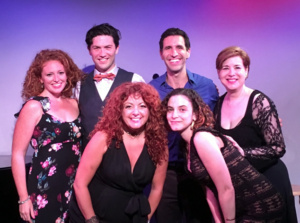 When life gets you down, It Helps to Sing About It, crooned the stellar cast produced by Nora Davis and Jumping Fool Productions at the famed Metropolitan Room in Manhattan. This original revue created by dynamic, award winning duo Dan Kael (lyricist) and Ben Schaechter (composer/pianist) included eighteen arrangements that moved and delighted the cabaret audience. 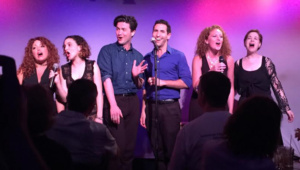 Originally produced in 1994 with a smaller cast and shorter song list, the revue was rediscovered by singer/producer Nora Davis in 2015. It was then expanded by Kael and Schaechter and beautifully directed by Sara Louise Lazarus (a MAC and Bistro Award-Winning Director) for two consecutive weekends in March, 2017.

Opening with an ensemble piece to the title song, the six members were then allowed to shine individually in solo songs as well as beautiful harmonic duets and trios like “Mice of Means”, an adorable song about three mice who don’t have it so badly. Ben Schaechter accompanied skillfully and soulfully on piano throughout.

The all pro cast included Celia Berk, who charmed with “I’ll Wait” (while the audience gets it together) and “Manhattan in July”, a lovely song that warmed the soul about New York.

Joshua Lance Dixon poignantly delivered “I Can Tell Time”, a heartbreaking tale about divorce and a boy waiting for his father.

Marissa Mulder was delightfully engaging in “Apply”, a flirty sunscreen song that would compliment any burlesque review. 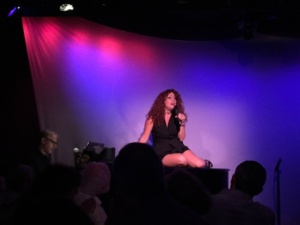 Kelli Rabke (Les Mis) lusciously lounged on the piano, flawlessly singing “He Knew How to Read Me” and “In Another Life”. 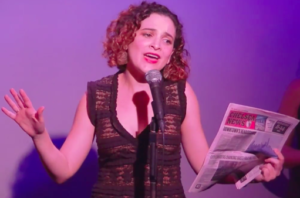 Nora Davis’s beautiful vibrato charmed in “Forever”, a lovely commentary on a girl’s love life. Look for Miss Davis in the off-Broadway musical “Buzz, Son of a Bee, An Actor’s Life for Me” now playing at the Sargent Theater.

The fabulous finale “I Feel Better Already” reminded the mesmerized audience to desire the life you already have and to release expectations and frustrations through song.

“It Helps to Sing About It” will have two encore performances in September at the Metropolitan Room- don’t miss it!

Suzanna BowlingDecember 27, 2021
Read More
Scroll for more
Tap
My View: Unlike SEINFELD This Show Is Really Based On Something – John O’ Hurley at Cafe Carlyle
My View: Metropolitan Room Barely Avoids Police Raid