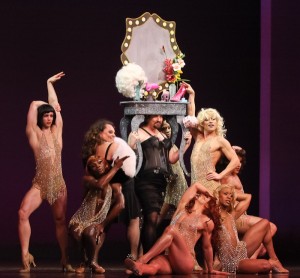 Make sure you save the date: The annual Easter Bonnet Competition is returning this spring to celebrate its 30th anniversary on Monday, April 25th and Tuesday, April 26th at the Minskoff Theatre. Performers from Broadway, Off-Broadway and national touring companies will showcase their talents in song, dance and comedy, topped off by outstandingly creative bonnets hand-designed especially for the event.

Last year’s Easter Bonnet Competition raised a remarkable $4,711,386. Since 1987, the 29 editions of this highly anticipated annual event have brought in more than $63.3 million.

This year’s special guests, celebrity judges and more details will be announced later this spring.

Suzanna BowlingDecember 1, 2022
Read More
Scroll for more
Tap
The 2016 Olivier Awards What Will Come to Broadway
Derek Hough To Come Broadway With Singin’ in the Rain