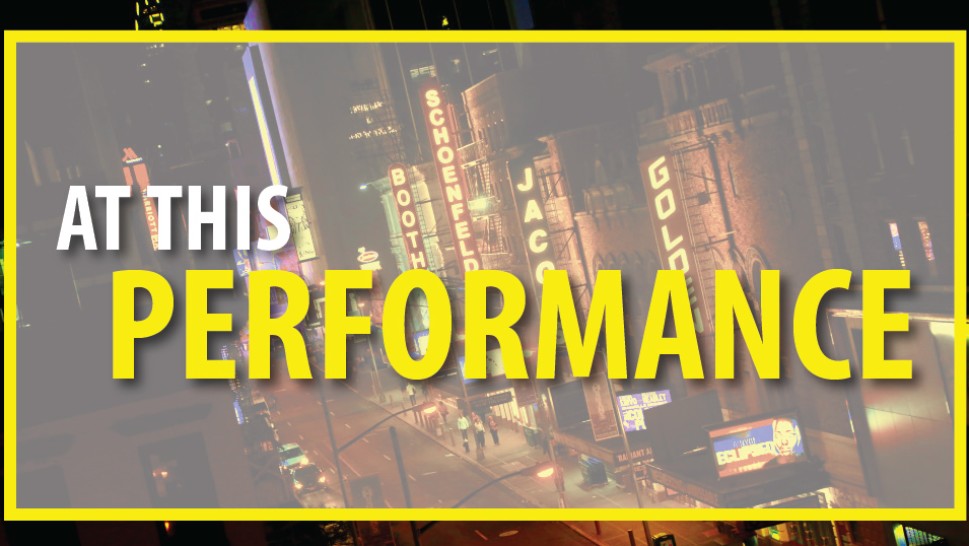 On January 15th at 7 PM, The Musicals Tonight! series at The Green Room 42 will continue its  salute to Broadway and Off-Broadway understudies, standbys, covers, and swings, with the latest edition of At This Performance….

Musical director/accompanist for the evening will be Eugene Gwozdz.

At This Performance…debuted in October 2003 and, as of this performance, will have showcased the talents of 900 standbys, understudies, and alternates who have covered more than 4,000 roles in nearly 500 Broadway and Off-Broadway productions.

The Green Room 42 is located inside the Yotel at 42nd Street and Tenth Avenue in Manhattan. Tickets, which cost $25–$50 (no drink/food minimum) can be ordered at TheGreenRoom42.com, or by calling (646) 449-7792, or at the box office on the evening of performance.