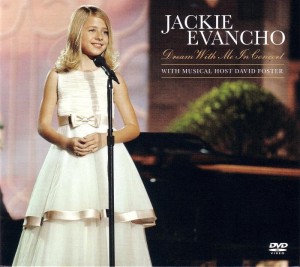 When Jackie Evancho was eight years old she saw the film version of the musical Phantom of the Opera, and fell in love with Andrew Lloyd Webber’s score. She entered talent shows in and around her native Pittsburgh. At her first talent show at age eight she sang “Wishing You Were Somehow Here Again.” Twice Evancho auditioned for “America’s Got Talent” without success. However, in 2010, her first-place finish in the program’s YouTube competition earned her a spot on the program, where she finished second. In 2010, Evancho released “O Holy Night.” That EP made her the youngest Top Ten debut artist in U.S. history and the youngest solo American artist to go platinum. She has since released a half-dozen CDs and appeared on PBS specials, but fans are about to see a different side as her latest singles reflect a shift to a sound that is close to pop. 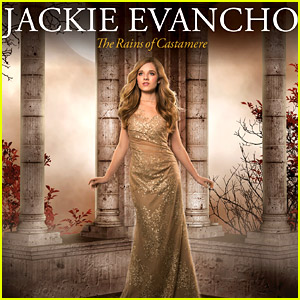 The 16-year-old singer just debuted the music video for her original song, which was released just last week.

“Hi, this is Jackie Evancho. My newest original song, ‘APOCALYPSE’ takes me in a truly pop direction for the first time,” she wrote in the notes section of the video.

Jackie added, “Also a special thank you to my costar Logan Rowland. Check him out on the Musical Theater scene.”