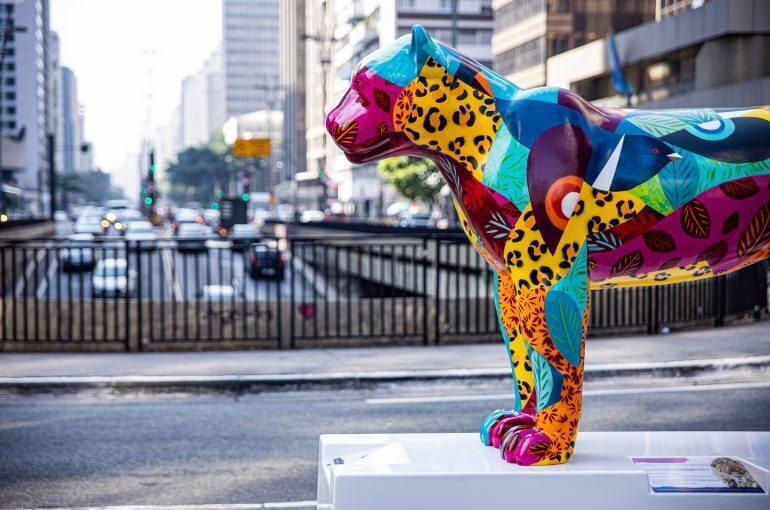 Jaguar Parade NYC 2022, an open-air art exhibition of forty jaguar sculptures designed by global artists, will take over the streets of New York City on September 7 through October 5 to convene stakeholders and advance an urgent message; it’s time to act. 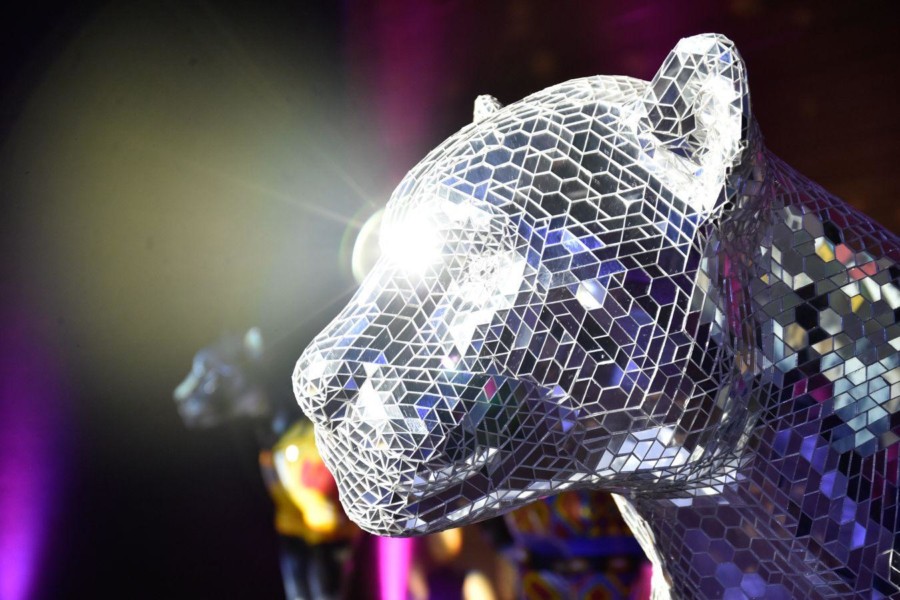 The Jaguar Parade NYC 2022 is supported by global conservation organizations, including the United Nations Environment (UNEP), United Nations Office on Drugs and Crime (UNODC), Wildlife Conservation Society (WCS), Panthera, World Wildlife Fund (WWF) and the Lion’s Share, in a coordinated effort to raise funds and awareness about the urgent need to conserve jaguars and their habitats. During the exhibition in New York, the sculptures will be available for sale from September 23 through October 7 via online auction, 100% of net proceeds will be donated to saving jaguars.
“We must transform our relationship with nature to reverse the decline of jaguars and other species that we are losing rapidly. There has never been a more urgent time to invest in biocultural approaches and also restore our ecosystems to conserve jaguars than now” said Ligia Noronha, UN assistant Secretary- General and Head of UNEP New York Office. 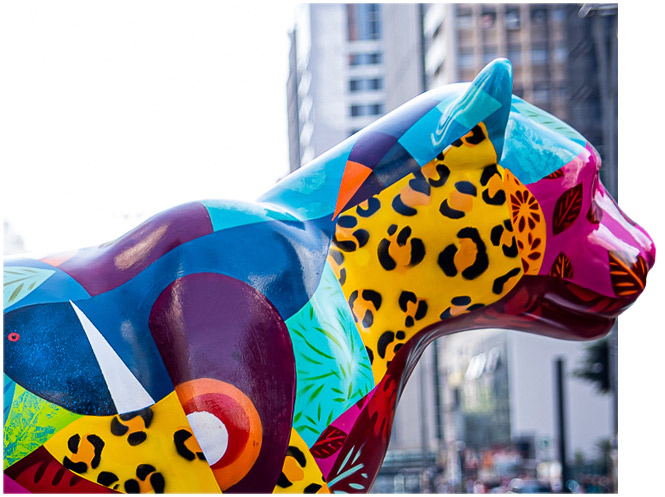 Art can have a profound effect on the way we look at the world around us, and this intersection of art and conservation will help jaguars roar their message of hope and wildlife conservation, underscoring their vital role as keystone species. New York City may not be the natural habitat of the jaguar, but the Americas’ largest cat is an iconic symbol of the same attributes New York stands for: strength, beauty, freedom, and resilience.  Everyone is welcome to join.  Every Jaguar Parade sculpture will include both braille and printed sign descriptions, enabling rich sensory experiences and meaningful connections. The jaguar sculptures will be exhibited at Central Park Zoo, Tavern on the Green, UN Plaza, Times Square, and other iconic places in New York City.
“In the city that never sleeps, we can create the biggest roar for nature and reach millions of people who live in New York and millions more from all over the globe to inspire a purposeful collective movement”, said Giovane Pasa and Carol Barreto founders of Artery.global.
Jaguars currently inhabit 18 Latin American countries, from Mexico to Argentina.  Though their present range is broad, jaguars have been eradicated from nearly half of their historic lands. The Jaguar is listed as “Near Threatened” on the International Union for the Conservation of Nature (IUCN) Red List of Threatened Species.
Conserving the jaguars means conserving tropical forests, wetlands, and other environments that are crucial to the wellbeing of humans and countless other species. The actions we take now will benefit generations to come.
Visit Jaguar Parade NYC 2022, discover where forty jaguars will be roaring into New York City this September.
We can save them; they can save us.  This September let’s roar together.  #LETSROARNYC
Related ItemsArtJaguarJaguar Parade NYC 2022jaguar sculpturesNewNYCWildlife Conservation
Art