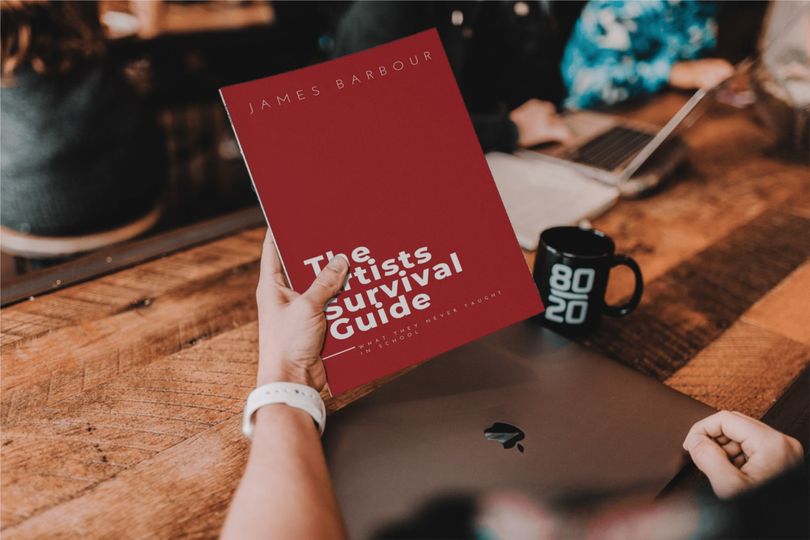 James Barbour was nominated for the Drama Desk, Drama League and Outer Critics Awards for Best Actor in a Musical for his portrayal of Sydney Carton in the Broadway musical version of A Tale of Two Cities. He has starred on Broadway in Stephen Sondheim’s Assassins, Disney’s Beauty and the Beast as The Beast, Carousel as Billy Bigelow, Urinetown as Officer Lockstock and as Edward Rochester in Jane Eyre (Drama League Award nomination). He also appeared in the Broadway production of Cyrano and the national tour of The Secret Garden.

James has seen the ups and downs of this business called show and lends his insight to help others survive with grace.

How many times have you heard, You’ll never make it. It’s too hard. You’ll be a waiter your entire life. You’ll give up. Make sure you have something to fall back on. You’re a starving artist. Get a real job. The Artist’s Survival Guide is a take no prisoners look at the reality of surviving as an artist in one of the most competitive and difficult professions there is in which to succeed. It lays out the tools you were never taught. They are the tools and strategies used every day to create successful entrepreneurs and businesses around the world. They are the tools and strategies you will need to create the foundation needed to survive and thrive as a professional artist.

Based on nearly 40 years of experience navigating and working as an artist at the highest levels, the insights James Barbour shares within these pages will enlighten, inspire, and give you a critical edge in one of the most difficult businesses in which to make a living.

Barbour shows how to vanquish self-doubt, and procrastination? In truth this book is for artists of all kinds. This honest portrayal is a must have for every bookself and for every artist who has any kind of insecurity, which mean all of us.

Suzanna BowlingJanuary 23, 2022
Read More
Scroll for more
Tap
Goodspeed Musicals to Stream On Demand
What to Watch in The New Year: March 1