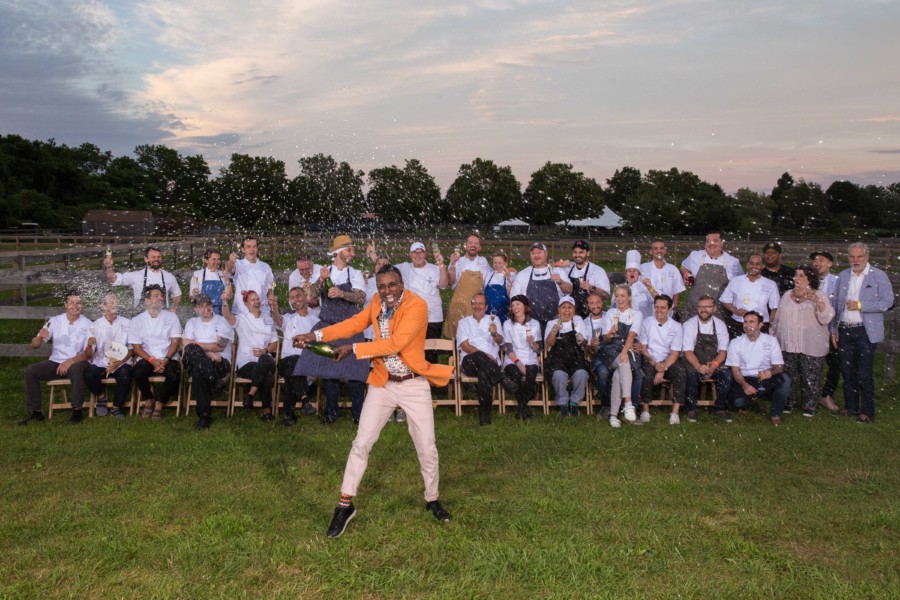 The Hamptons were happening this weekend from village to village. One soiree took the cake though. 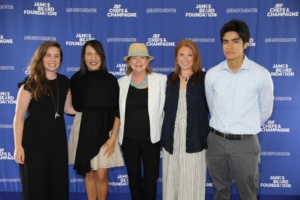 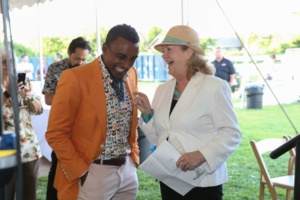 More than 1,000 guests attended the grand benefit at the Wölffer Estate where 35 chefs presented their artwork. 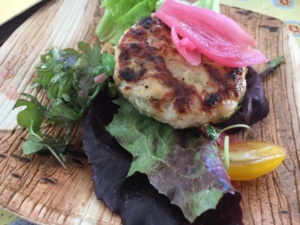 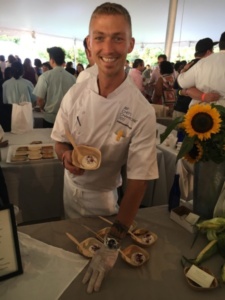 “I am having an incredible time and am honored to be here,” said Chef Stephen Bogardus of The North Fork Table & Inn. 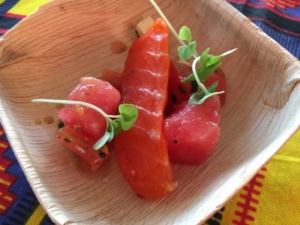 The summertime event is always one of the most popular Saturday nights out east, and it is all for an amazing cause. Food tastings experienced were delightful; and at the same time a silent auction consisting of one-of-a-kind dining experiences, wines and spirits, cookware, and culinary travel packages raised over $100,000 to support the JBF’s mission, scholarship, education and JBF Impact Programs, which include the annual Food Summit and Leadership Awards that help promote a better food system. 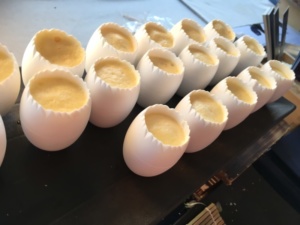 “This year’s summer fundraiser honoring Marcus Samuelsson was one of our most successful ever,” said Susan Ungaro, president of the James Beard Foundation. “Marcus is a role model for chefs, restaurateurs and culinary entrepreneurs worldwide. His extraordinary talent, philanthropic endeavors, and boundless energy to help others complements our mission to celebrate, nurture, and honor chefs and other leaders making America’s food culture, more delicious, diverse, and sustainable for everyone.” 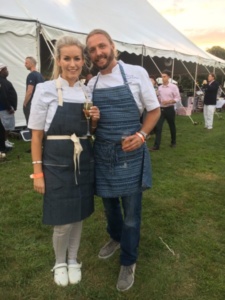 Chefs & Champagne’s guest of honor, Marcus Samuelsson, joined the ranks of gastronomic giants such as Bobby Flay, Thomas Keller, Emeril Lagasse, Wolfgang Puck, and Martha Stewart, who have all been fêted at prior events. Samuelsson is the acclaimed chef behind Red Rooster Harlem, Ginny’s Supper Club, and Streetbird Rotisserie. A committed philanthropist and the youngest person to ever receive a three-star review from The New York Times, he has won multiple James Beard Foundation Awards including Best Chef: New York City, and was tasked with planning and executing the Obama Administration’s first State dinner.

It was truly a night to never forget.