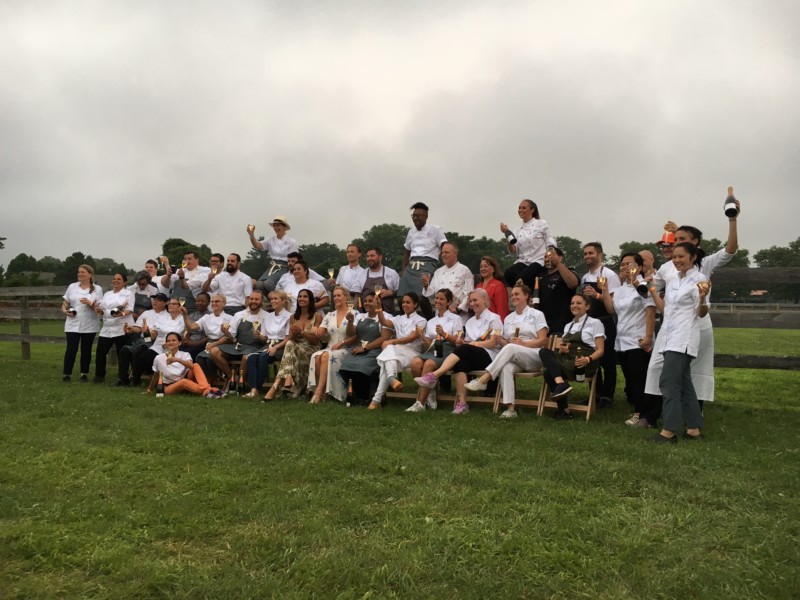 This weekend in the Hamptons, The James Beard Foundation, the country’s preeminent culinary organization, toasted Padma Lakshmi, host and executive producer of Bravo’s James Beard Award–winning and Emmy award–winning Top Chef, as the guest of honor at this year’s beloved Chefs & Champagne. 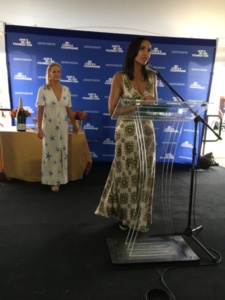 The annual fundraiser and tasting soiree was held at Wölffer Estate Vineyard in Sagaponack, New York. It is considered to be the premiere event of the season in the culinary world. 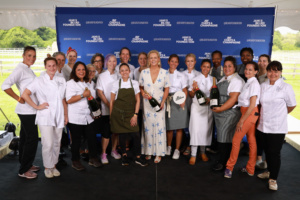 Food and drink offerings from more than 35 chefs, beverage masters, and artisanal purveyors were highlighted along with flowing Champagne Boizel and Wölffer Estate wines. 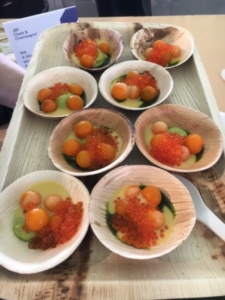 “It is just wonderful to be here and be a part of today,” said Chef Mina Newman of Sen Sakana presenting her Nikkei Cerviche with Sockeye Salmon. 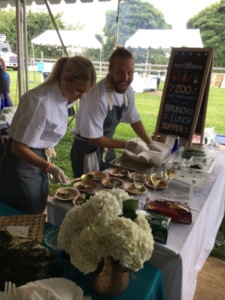 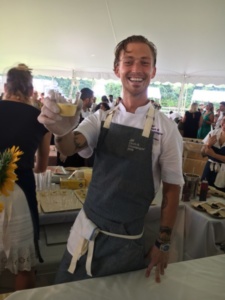 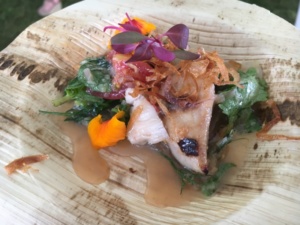 To be honored by the culinary world and such greatness during this special night is truly memorable.

“I am excited to be joining the ranks of previous guests of honor such as Julia Child and Martha Stewart to support the foundation’s mission to make America’s food culture more delicious, diverse, and sustainable for everyone,” said Padma. “Bringing attention to JBF scholarship, women’s leadership, and other impact programs aligns with many of the causes that are close to my heart.” 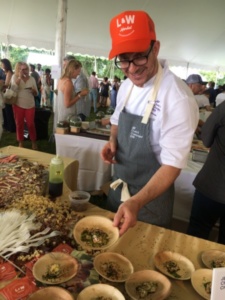 Lakshmi is an internationally known food expert, model, actress, and best-selling author, as well as the recipient of the 2016 NECO Ellis Island Medal of Honor and Variety’s 2018 Karma award. Top Chef, the Emmy award­­–winning show she hosts and executive produces, is currently filming its 16th season. 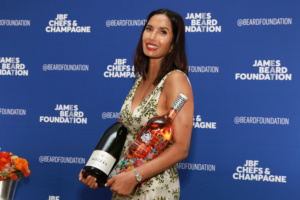 Guest of Honor Padma with Champagne Boizel and Wölffer Estate rosé at the 2018 JBF Chefs and Champagne at Wölffer Estate Vineyard on Saturday, July 28, 2018 in Sagaponack, N.Y. (Photo by Mark Von Holden / Courtesy of the James Beard Foundation)

Lakshmi established herself as a food expert early in her career, having hosted two successful cooking shows and writing the best-selling cookbook, Easy Exotic. Lakshmi followed this success with the publication of her second cookbook, Tangy, Tart, Hot & Sweet. She is also co-founder of the Endometriosis Foundation of America.

“Padma’s passion for food, family, and feminism as well as her business savvy makes her an ideal guest of honor at this year’s Chefs & Champagne,” said Clare Reichenbach, Chief Executive Officer of the James Beard Foundation. “She is such an inspiring role model for future generations of chefs, writers, and entrepreneurs.” 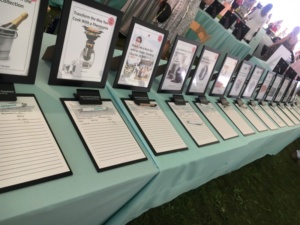 A silent auction consisting of fine dining experiences, wines and spirits, cookware, and culinary travel packages also raise funds for the organization. And new this year a special Super Silent auction also added to the fundraising. Items ranged from a 4-night stay in Hawaii, an extraordinary weekend in Raleigh, NC for 6, and a luxurious escape to Gurney’s Montauk Yacht Club. 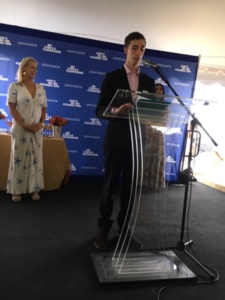 With a long tradition of supporting culinary education, the James Beard Foundation also announce the recipient of the 2018 Christian Wölffer Scholarship at the event. Established in 2006, the scholarship fund supports students in their study of food and wine. As of July 2018, nearly $8 million will have been awarded to over 2,000 recipients.

The James Beard Foundation’s mission is to celebrate, nurture, and honor chefs and other leaders making America’s food culture more delicious, diverse, and sustainable for everyone. For more than 30 years the Foundation has accomplished this mission through programs that highlight food’s central role in our lives. In addition to hosting guest-chef dinners throughout the year at the historic James Beard House in New York City, the Foundation administers the James Beard Awards; grants scholarships for culinary students; produces national events that include our Taste America tour; and creates educational programs for the culinary community and food lovers. 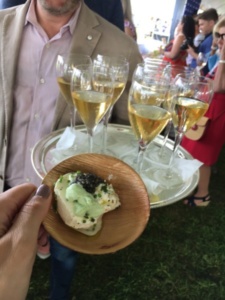 The Foundation addresses the growing challenges facing our food system through its Impact Programs, which include the Leadership Awards; Chefs Boot Camp for Policy and Change; Issue Summits; and Culinary Labs. Industry issues, such as gender imbalance and diversity in culinary leadership, are addressed through our Industry Programs.