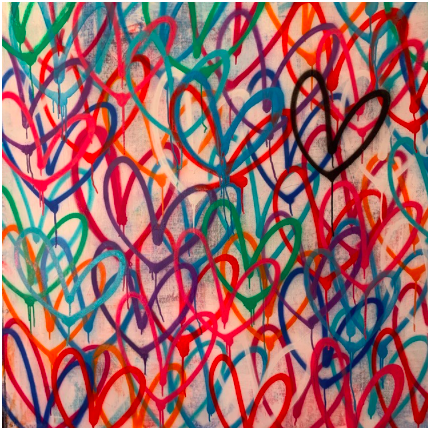 The auction supports Project Zero’s work to create a global network of ocean sanctuaries to provide resilience to the devastating effects of the climate crisis. Stretching from Antarctica to the Bering Strait, and mapped out by the world’s leading marine scientists, this global network of projects will be able to restore our ocean’s health, and set us on a path to create a sustainable future for life on Earth.

When reflecting on his inspiration for his painting, artist Edward Granger states, ”Through the wisdom of nature, we can revisit the perception of “the self” or life and discover the potential for change and progress.”

Project Zero CEO and Founder Michele Clarke says “During the Covid-19 pandemic, we have seen incredible visions of our planet seemingly restoring itself.  But when the lockdown lifts things might worsen as governments have weakened environmental regulations.  The climate crisis is an irreversible transformation. There is no vaccine to save us. We must not take our attention away from the climate crisis.  Restoring the ocean is a clear path forward to create tangible progress to turn the tide on the climate crisis.”

Artist Mauro Perucchetti states, “Millions of seascapes have been painted over the centuries, sometimes with breathtaking results.  When artists’ perception of our beautiful oceans translates into a work of art like mine it should ring alarm bells anyway. Plastic floating in a black and polluted sea, harming marine life at all levels has become reality.  Plastic toys resembling sea creatures might be all that our children will have to see, but the danger is much worse than that and it will affect us all.  I thank Project Zero for their efforts and encourage all to support them.”

Project Zero is a global movement supported by renowned scientists, business leaders, campaigners, culture makers and ocean experts, who are all working together to awaken the fight for the ocean.
Learn more at weareprojectzero.org  and follow Instagram, Twitter and Facebook (@projectzero) and subscribe to youtube.com/projectzero