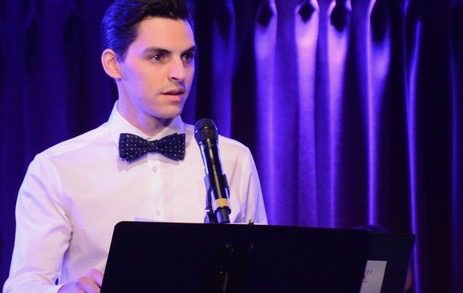 My Beloved: A Ted Bundy Musical, with book, music and lyrics by Clint Edwards premiered at The Green Room 42. The musical was presented in concert for two performances only.

As a result of his opening night performance as Ted Bundy, James T. Kelly is in negotiation for a recurring role on a major TV series.

The musical opera tells the story of serial killer Ted Bundy through the eyes of his long-time girlfriend Elizabeth Kloepfer, and the lawman who relentlessly pursued him, Detective Robert Keppel. Starring James T. Kelly (HBO’s The Deuce and Netflix ‘Tales Of The City) as Ted Bundy

A fabulous Andrea Goss (Indecent and Cabaret) as Elizabeth Kloepfer

Fun facts about James: His repertoire includes a variety of roles, in regional productions, including Conrad in Bye, Bye, Birdie and Javert in Les Misérables.

James was a recipient of the Ensign-Darling vocal fellowship at The Bushnell, Hartford, CT then studied vocal performance at McGill University and the American Institute for Musical Studies in Graz, Austria.

His provocative performance as a seductive soul trapped in eternity, in the one-man short film, ‘ Just James’ has played at various fantasy film festivals across the U.S. and Europe.

Over the past couple of years, James has been concentrating on television and film , auditioning on both coasts. Most recently, he co-starred as Terry opposite Maggie Gyllenhall on season 2 of HBO’s ‘The Deuce’  and starting on June 7th, he is on board in Netflix’s new reboot of Armistead Maupin’s ‘Tales Of The City’.