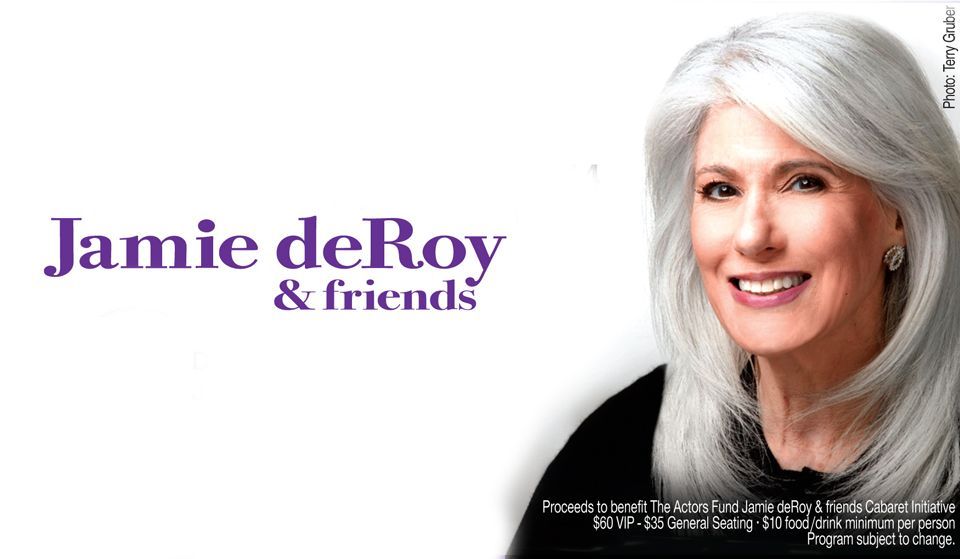 This episode starts off with archival footage of the Award-winning team of Bill Weeden, David Finkle and Sally Fay singing a favorite of theirs: “Reunion Prayer”.

Chip Zien and Kerry O’Malley sing “It Takes Two” from Stephen Sondheim’s Into the Woods. (Chip starred in the original Broadway production and Kerry in the Revival).

JQ and The Bandits– an Award-winning Doo Wop Group from the 80s and 90s, played all the cabarets and even did Levis commercials. We miss them on the cabaret scene, so it’s a great chance to see them again.

Jamie deRoy and Euan Morton sing a duet of Barry Manilow’s All The Time. Euan is best known for his performance as Boy George in Taboo in both London and on Broadway. He has won a Theater World Award and was nominated for The Olivier, The Tony, Drama Desk, Outer Critics Circle and Drama League Awards.

Well-Strung, a sexystring quartet, derives their unique blend of vocals and strings by fusing classical music with pop. They have recorded three albums and have toured extensively across America, internationally and have appeared on National TV. The group consists of Edmund Bagnell, Christopher Marchant, Trevor Wadleigh and Daniel Shevlin.

25th Anniversary Cast of Jacques Brel is Alive and Well and Living in Paris tribute New York Post and Back Stage columnist Bob Harrington, shortly after his untimely death from AIDS at 42 years old. Everyone sings IF WE ONLY HAVE LOVE – it’s real tear jerker! The last song is in his memory.        Bob Harrington 1950-1992.