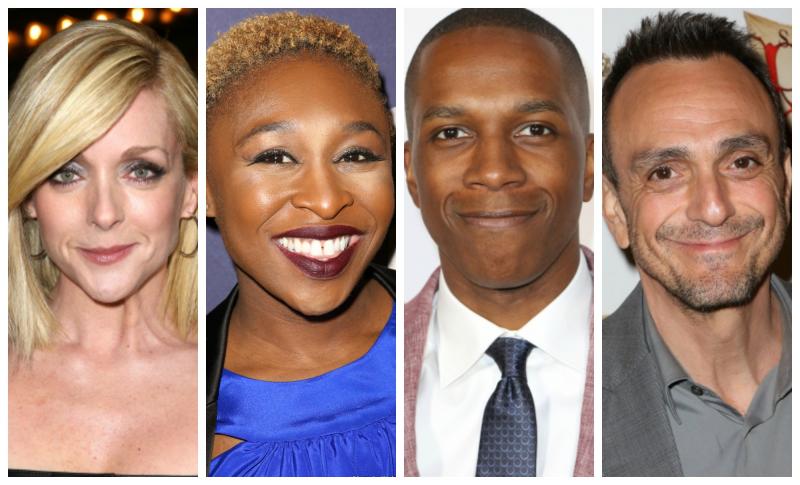 The Drama League (Executive Director, Gabriel Shanks) has announced its Spring 2016 “Up Close” Series, to be held at The Drama League Theater Center (32 Avenue of the Americas) in Tribeca.

Hank Azaria is an Emmy® Award winning actor best known for his prolific voice-over work in all 27 seasons of The Simpsons. He has also had memorable roles on the television series Friends, Mad About You, Ray Donovan, and will soon be seen in HBO’s The Wizard of Lies. His film roles include The Birdcage, Along Came Polly, Godzilla, The Smurfs and Quiz Show. Mr. Azaria was nominated for a Tony® Award for his role in Monty Python’s Spamalot, and last appeared on Broadway in Aaron Sorkin’s The Farnsworth Invention. This season, he appears at the Public Theatre in Dry Powder, opposite Claire Danes and John Krasinski.

The hilarious Jane Krakowski returns to Broadway this season playing Ilona in Roundabout’s revival of She Loves Me. She is known to millions around the world for her memorable TV roles on Ally McBeal, 30 Rock and The Unbreakable Kimmy Schmidt, which returns to Netflix in April for its second season. Ms. Krakowski won a Tony® Award for her portrayal of Carla in the 2003 revival of Nine opposite Antonio Banderas, and an Olivier Award while starring in Guys and Dolls in London’s West End. Other Broadway credits include Grand Hotel (Tony Award nomination), Company, Once Upon a Mattress, Tartuffe, and Starlight Express.

Cynthia Erivo and Leslie Odom, Jr. star in two of this season’s biggest Broadway musicals, The Color Purple and Hamilton, respectively. Ms. Erivo has made a name for herself as one of Britain’s leading stage actresses. She appeared as Puck in A Midsummer Night’s Dream and was part of the Donmar Warehouse’s all-female production of Henry IV. This season, she made her Broadway debut starring as Celie in the lauded revival of The Color Purple. Mr. Odom rose to fame playing Sam Strickland on NBC’s “Smash”. He originated the role of anti-hero Aaron Burr in Hamilton’s off-Broadway premiere and continues to play him eight shows a week on Broadway. He previously appeared on Broadway in Leap of Faith and in Encores! Off-Center production of Tick, Tick…Boom!

To reserve seats for any of the events in the Spring series, please visit dramaleague.org/events.

The Drama League Theater Center, a new, state-of-the-art facility, brings world-class theater artists, emerging talents, and New York theatergoers together under one roof. The Center is located in the lobby level of the historic former AT&T Building at 32 Avenue of the Americas, in the heart of TriBeCa’s arts district.