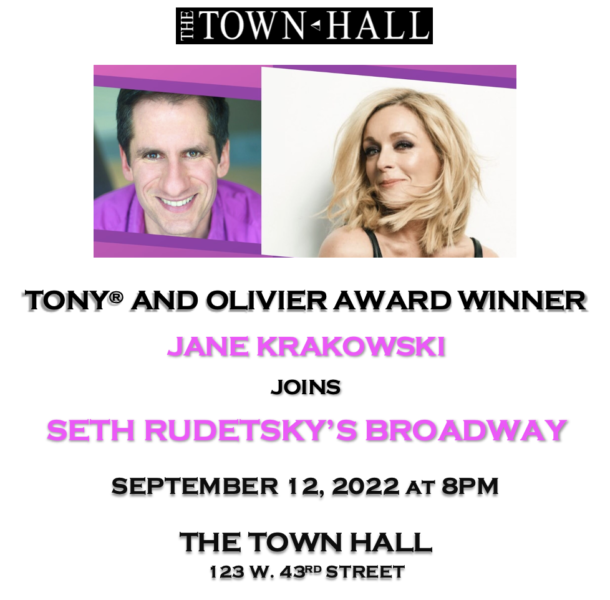 Jane won the Tony® Award for her role in Nine and an Olivier Award for her performance in Guys and Dolls in London’s West End. On television, she co-starred in The Unbreakable Kimmy Schmidt, 30 Rock, Ally McBeal, AJ and the Queen, and many others.
The format of each concert is a seamless mix of intimate behind-the-scenes stories prompted by Rudetsky’s funny, insightful and revealing questions – and the music from the star’s stellar Broadway career.
This series is raising funds for Sandy Hook Promise. For more information, please visit: www.SandyHookPromise.org
Related Items30 RockAJ and the QueenAlly McBealJane KrakowskiNewSeth RudetskySeth Rudetsky's BroadwayThe Town HallThe Unbreakable Kimmy Schmidt
Events