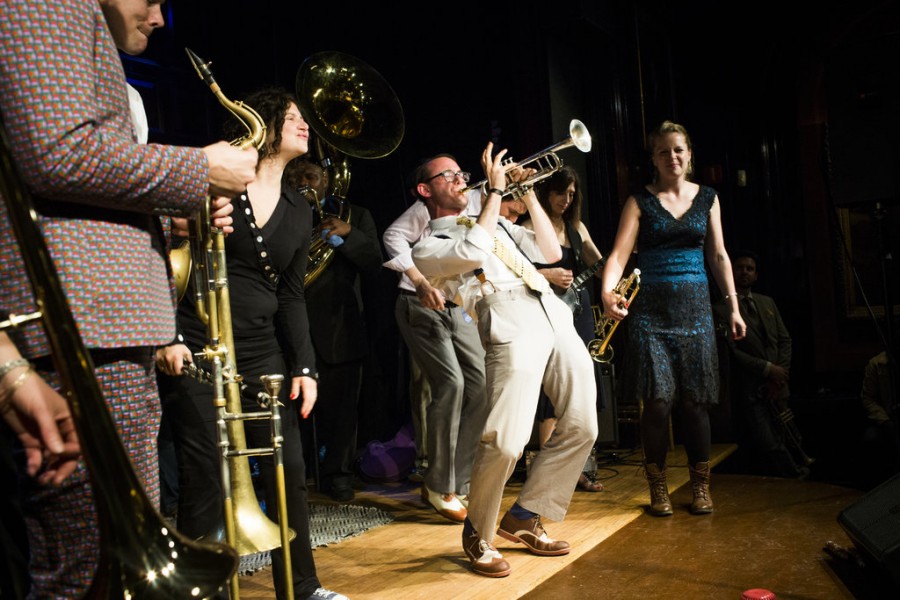 January Brings Arts to The Forefront

January Brings Arts to The Forefront

The annual convergence now links a dozen major performing arts conferences and festivals drawing 45,000 attendees from around the globe

– Leading U.S. and global performing arts organizations will present a concurrence of 12 performing arts public festivals and industry gatherings drawing 45,000 attendees, January 5–19 in New York City. January In NYC 2016 will offer expansive professional development and networking opportunities to the performing arts community and bring 1,500 of the best of theater, dance, opera and music showcases and full length performances together for the advancement of performing arts professionals and the enjoyment of enthusiasts.

“The January In NYC collaboration is providing a growing platform for artists and presenters to explore and innovate in front of U.S. and international career-makers,” said Mario Garcia Durham, president and CEO of the Association of Performing Arts Presenters (APAP). “While our organizations are individual and unique, we are united at our core. Programs and sessions explore relevance and social impact. Festivals and concerts showcase emerging and established artists. The atmosphere itself nurtures ingenuity in performance as well as presenting.”

January In NYC grew organically as live arts festivals and professional events were scheduled around the annual APAP conference (APAP|NYC), building on the concentration of artists and presenters already traveling to New York. In January 2014, organizers of nine such events formed a deliberate coalition to better serve the performing arts community.

Events for 2016 include conferences, festivals and concerts—many open to the public. Details are available at January In NYC and individual event websites:

New to the consortium this year is The Joyce Theater Foundation’s American Dance Platform. The inaugural festival will run January 12-17 and feature eight of the most captivating companies in the U.S. The performance is dedicated to the memory of Theodore S. Bartwink, longtime executive director of The Harkness Foundation for Dance and a Joyce Theater Foundation trustee from 1993 to 2014. The roster represents a mix of emerging and established companies, offering audiences the opportunity to experience the current vitality of American dance.

“We’re very excited to be a part of January In NYC, and we couldn’t be more pleased to present American Dance Platform and its eclectic mix of companies, some well known and others on an exciting rise,” said Linda Shelton, executive director of The Joyce Theater. “Fortuitously, as the event coincides with Martin Luther King Day, half of the companies in this roster are led by African American directors.”

Other highlights of January In NYC 2016

On January 17, globalFEST will feature a dozen global music artists at NYC’s iconic Webster Hall. In its 13th year, globalFEST is designed to showcase striking, unexpected and groundbreaking sounds from around the world and around the corner. Extravagant Mexican cabaret artist Astrid Hadad fits the bill perfectly this year with soulful songs and outrageous visuals.

“Passion is the key to everything—it’s what inspires me, what makes me create, enjoy. We cannot allow ourselves to waste the time, we have to live with passion every moment of our fleeting lives.”– Astrid Hadad

COIL 2016 (Jan. 5-17) will feature 15 works of dance, theater, music, performance, media and virtual art at venues around the city. “This year’s works will challenge the very concept of boundaries, including those between ideologies, life and death, the contemporary and historic, human and machine, light and darkness, audience and performer,” says Vallejo Gantner, artistic director for COIL.

The Pubic Theater’s Under the Radar Festival (January 6-17) tracks new theater from around the world. The 2016 festival will bring productions that are richly distinct and pointing to the future of the art form, from the U.S., Canada, Japan, Chile, Belgium, Rwanda and France, along with a series of music/theater hybrids at Joe’s Pub.

NYC Winter Jazzfest (January 13-17) will feature more than 120 different groups including more than 500 musicians over five days on 12 stages in and around Greenwich Village. “NYC Winter Jazzfest continues to foster audience growth in jazz and offer a forum for presenters and music enthusiasts to experience and support the future of jazz,” says Brice Rosenbloom, founder and festival producer. “We are very excited about this year’s event, and the opportunity to once again introduce underexposed artists to professional presenters attending APAP|NYC and other January In NYC events.”