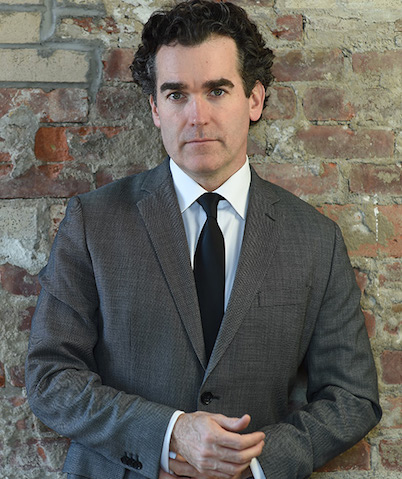 A concert series curated by the renowned Tony Award-winning composer, lyricist, conductor, and director, Jason Robert Brown has been happening at SubCulture. Each unique performance incorporates an eclectic mix of material, featuring music from throughout his acclaimed career, along with new works in development. This month his guest is Brian D’Arcy James on February 24th at 8pm.

James has over a dozen Broadway credits to his name and is a three time Tony nominee for Sweet Smell of Success, Something Rotten and Shrek the Musical. He’s an Obie Award, Drama Desk Award, Outer Critics Circle Award and Lucille Lortel Award winner for his extensive and varied roles both on Broadway and off Broadway. Highlights include originating the role of King George III in Hamilton by Lin Manuel Miranda at the Public Theater and most recently starring as Quinn Carney in the Tony Award Winning The Ferryman by Jez Butterworth.

Brian will be seen in the upcoming Steven Spielberg feature film West Side Story as Sargeant Krupke and has received a Gotham Award, SAG Award and Critics Choice Award for his work in the Academy Award Winning Spotlight. Other film credits include The Kitchen, First Man, Molly’s Game and X-Men Dark Phoenix among others.

Television credits include the upcoming Devs on FX, 13 Reasons Why and Smash among many others.

As a concert artist Brian has performed world wide, large venues and small, some highlights being The White House, Madison Square Garden, and Carnegie Hall among a host of others. His show Under the Influence opened at 54 Below and Brian has performed it in many venues, most recently at the Adelaide Cabaret Festival in Australia.

Jason Robert Brown is the three-time Tony Award-winning composer and lyricist of Songs for a New World (1995), Parade (1998), The Last Five Years (2002), 13 (2008), The Bridges of Madison County (2013) and Honeymoon In Vegas (2014). His shows are regularly performed on stages across the world, and his songs are regularly heard on television, film and recordings. Jason has recorded several albums, featuring his band The Caucasian Rhythm Kings, and is much in demand as a pianist, singer and conductor. He lives in New York City with his wife, Georgia Stitt, and his two daughters. Visit him on the web at www.jasonrobertbrown.com.