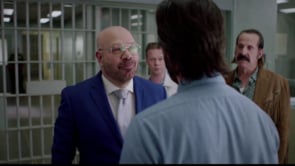 On Sunday June 30th men and women will March for Pride. Marching in the NYC parade will be members of the Sag Aftra lgbtq committee I.

“All I ever wanted to do was act. For me, being out is part of who I am – as is acting – and this meeting is the culmination of a personal desire to provide LGBT SAG members with a platform to share their issues and to seek and gain the support of their colleagues,” said national Co chair of the committee Jason Stuart, a key force behind the effort to establish an LGBT voice at the Guild.

Jason Stuart is openly gay and for 35 years has had steady worked in film and television, with nearly 150 credits on his IMDB page. Most recently he was in Judd Apatow’s “Love” to “My Wife and Kids”, “Tangerine” and “The Birth of a Nation”. Stuart was nominated for a Gay International Film Award for Best Supporting Actor in the independent film Coffee Date.

In the early-90s, frustrated by years of living in the closet, Stuart chose to come out publicly on an episode of Geraldo Rivera on a episode focused on “Unconventional Comedians.” Suddenly Jason was being told to his face that he was not working because he was gay. “The playing field is not equal right now and this is 2019”, states Jason. Jason brings up Cory Booker on MSNBC who stated “This country is not equal, we have to be better “.

“That was such a negative word, ‘queer,’” Jason says. “It was a word ‘they’ would call you and it still takes some getting used to, but I can see how things are changing. And of course, I’m not just gay or queer, it’s just a part of who I am: I’m also a Jew, a man of a certain age, a lover, a friend and a son. But it’s always a part of who I am.”

When asked what his hope for this years pride is Jason stated, “that in the next year and a half we get a new president and this has woke us all up. We have to start standing up for each other. There was a time when if you voted for gay people you would not get elected. The times are changing”.

Being cast in “Birth of a Nation”, was a sign for Stuart that he had turned the corner from funny gay comic to established character actor. At the same time, taking on the role of an empowered racist in 1831 Virginia also allowed Stuart to reflect on his own evolving complex identity. “How can I be gay and Jewish and have white privilege? It helped me establish this new part of my career, and it changed me as an actor and a human being. I learned that I DO have white Privilege. The fact that I can walk in the door and get rejected where people of color can’t even get in the door is the difference.”

Stuart keeps his comedy chops polished through stand-up gigs all over the country. He will be performing at the Broadway Comedy Club on the 27th and 29th at 9pm. He will also take part of Broadway Sings For Pride on Monday.

A new weekly radio gig with Dash Radio (“Riffing with Jason Stuart”) and a memoir just published from CCB publishing and Amazon “Shut Up, I’m Talking!” has kept this actor busy.

When asked why Jason wrote “Shut Up, I’m Talking!” he stated “I wrote this book for them. Where I have come has been a journey. Don’t take no for an answer. Show them your best self, be passionate”. This is advice from my father who survived the holocaust. His best advice…. show up”.

Now Jason is dealing with another prejudice…the fact that there are very few roles for people who are older.

When asked what does pride mean this year, Jason stated tearily “its about every single person who stook up before me and this is who I am”.