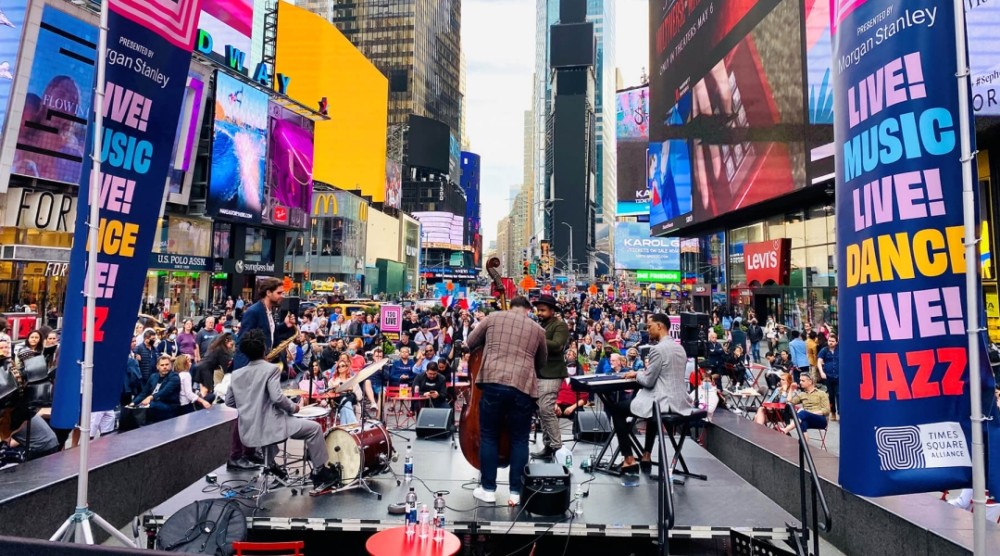 Jazz in Times Square Concert Series continues with Jeremy Bosch. This Puerto Rican musician/composer/producer has studied at the Escuela Libre de Música de PR and Berklee College of Music. In 2015, he became the new lead singer for the award-winning Spanish Harlem Orchestra, and in 2019 he launched his first solo album.

Join Thursdays at 5pm, at the Broadway Plaza between 45th and 46th Streets