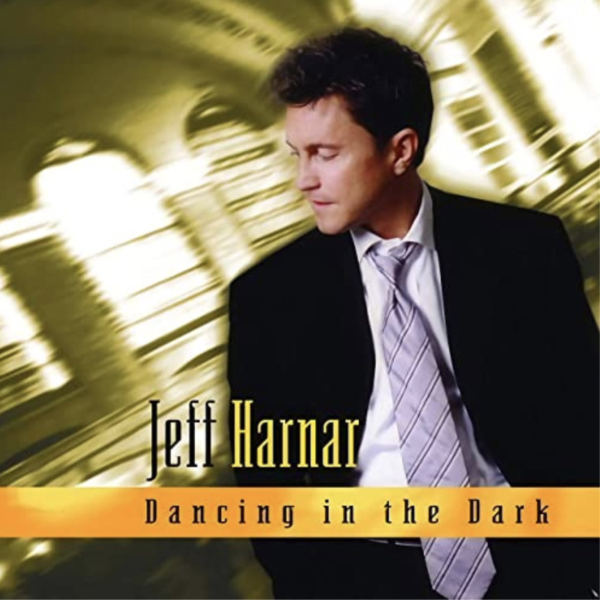 PS CLASSICS, the label that celebrates the heritage of Broadway and American popular song, announced that the 15th Anniversary Reissue of Jeff Harnar: Dancing in the Dark has been released today for Jeff’s birthday, Monday, July 27. The album is available for the first time ever on digital and streaming platforms. A celebration of New York featuring 14 classics of the Great American Songbook, Dancing in the Dark features an orchestra arranged and conducted by Alex Rybeck. The album is available at iTunes, Apple Music, Spotify, Amazon Music, YouTube Music, Google Play, Shazam, Tidal, and all digital outlets.

Jeff Harnar: Dancing in the Dark – featuring standards by Dietz & Schwartz (“By Myself”), Rodgers & Hammerstein (“Love Look Away”), Irving Berlin (“Blue Skies”), George Gershwin (“Shall We Dance”) and more – garnered rave reviews when the album was first released. Named one of TheaterMania’s “Top 10 Cabaret Albums of 2015,” it was called “jazzy, theatrical and yet, wonderfully intimate” by XM Satellite Radio and praised for its “sincerely sophisticated showmanship” by Jazz Times. “In addition to being an engaging vocalist,” says Cabaret Scenes, “Harnar bubbles over with personality that fairly bursts out of the speakers, and that electrifying combination makes Dancing the Dark an absolute charmer.” According to Talkin’ Broadway, the album “reveals a new maturity and depth, and the arrangements are simply sensational. They have punch and are full of creative ideas.”

Tommy Krasker, cofounder of PS Classics, comments, “Jeff’s Dancing in the Dark was of course one of the earliest albums we released, but it was also for us a seminal one. It was Jeff enlarging the scope and breadth of his talent and vision, doing an album that wasn’t tightly wound around a theme, but more an expression of who he was at that time: of his interests and outlook and passions. It became such a rich listening experience, and Philip and I were extraordinarily proud to release it. And in being an album where the theme was ‘this is who I am and who I’ve become,’ it became the first in a series of important albums we released during that decade that were both self-reflective and celebratory, that included Victoria Clark’s Fifteen Seconds of Grace, Liz Callaway’s Passage of Time, and Malcolm Gets’s The Journey Home. I couldn’t be more pleased to have it now available on so many new streaming platforms. It deserves to be heard and savored by everyone.”

Jeff Harner is a multiple Award-winning New York cabaret, concert and recording artist. His Carnegie Hall appearances include both the Cole Porter and Noel Coward Centennial Galas. Jeff’s television appearances include “Another Hundred People: KT Sullivan & Jeff Harnar sing Sondheim” (PBS), his solo show “The 1959 Broadway Songbook” (PBS), guest appearances on Michael Feinstein’s “American Songbook Live from NJPAC” (PBS), and as the Singing Narrator of “Gershwin on Ice” starring Dorothy Hamill (A&E). Jeff is perhaps best recognized for his signature “theme” shows, including tributes to Cole Porter, Sammy Cahn, Cy Coleman, Comden & Green, The Warner Brothers Songbook, and Gershwin’s Hollywood.  Jeff has brought these shows to every major New York City venue including Feinstein’s/54 Below, The Laurie Beechman Theatre, Birdland, The Algonquin Hotel’s legendary Oak Room, The Cafe Carlyle, Iridium, The Russian Tea Room and The Metropolitan Room. In London, Jeff was the Artistic Director and Host for three seasons of “The American Songbook in London” at The Jermyn Street Theatre and Pizza on the Park, and most recently headlined multiple engagements at The Crazy Coqs. Jeff was an Artistic Director and Host for the acclaimed New York “Lyrics & Lyricists” series, expanding his one-man show “The 1959 Broadway Songbook” to a five-person revue, featuring special guest Donna McKechnie. The show was subsequently produced Off-Broadway at 59e59 Theatres as a four-person revue. Together with Andrea Marcovicci, Jeff has co-hosted and Artistic Directed five star-studded concerts for The Mabel Mercer Foundation’s annual Cabaret Convention at Jazz at Lincoln Center’s Rose Hall and The Town Hall. Jeff has three additional solo recordings The 1959 Broadway Songbook (Original Cast Records), Because of You: Fifties Gold (Varese Sarabande), and Sammy Cahn All the Way (Jerome Records). In addition to his 2014, 2015, and 2017 Broadway World Cabaret Awards for “Best Male Vocalist,” Jeff has won multiple Manhattan Association of Cabarets (MAC) Awards and Back Stage Bistro Awards, is the 2015 winner of the Donald F. Smith Award and the 2012 Noel Coward Foundation Cabaret Award.