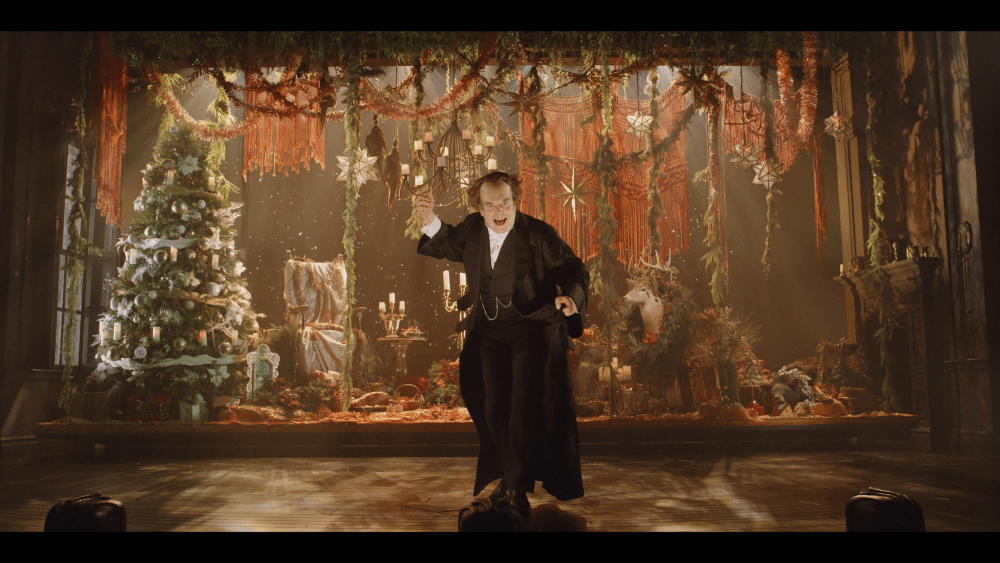 A tour de force one-man production of A Christmas Carol, opened tonight at the Nederlander Theatre. Playing more than 50 roles, is Tony winner Jefferson Mays. He first performed the show at the Geffen Playhouse in Los Angeles and in 2020, he made a film version. 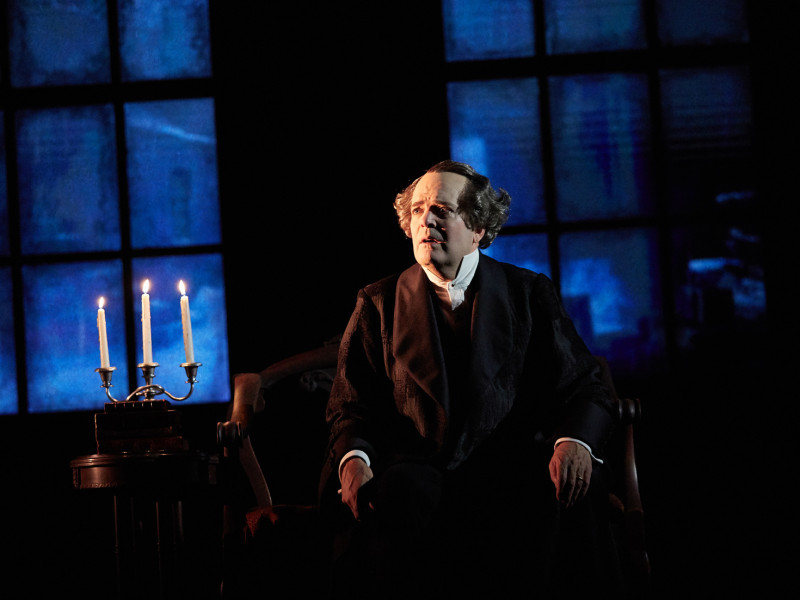 Mays’ performance is astonishing and the show is now more of haunted ghost story rather than the uplifting version that played on Broadway starring Campbell Scott and Andrea Martin in 2019. If you have small children this may not be for them. In the performance I saw, a loud noise within the first five minutes set off a child’s wails ringing throughout the theatre, until his mother was forced to remove him. Mays, along with his wife Susan Lyons, and director Michael Arden created this piece along with Tony-nominated designer Dane Laffrey, whose sets are a highlight of this production. Lighting designer Ben Stanton, projection designer Lucy Mackinnon and sound designer Joshua D. Reid should also be commend because this production’s look is spectacular.

For me this production evokes not the joy of the season, but fear for humanity. I don’t think this is a message the world needs to hear at this point and time. I missed the redemption, the love and the hope.

There is no denying that Mays is one phenomenal actor. Mays is best known for Doug Wright’s I Am My Own Wife in which he played over 40 characters, earning a Best Actor Tony Award in 2004 and A Gentleman’s Guide to Love and Murder.

If you like darker versions of life and fantastic acting this show will definitely be up your alley. 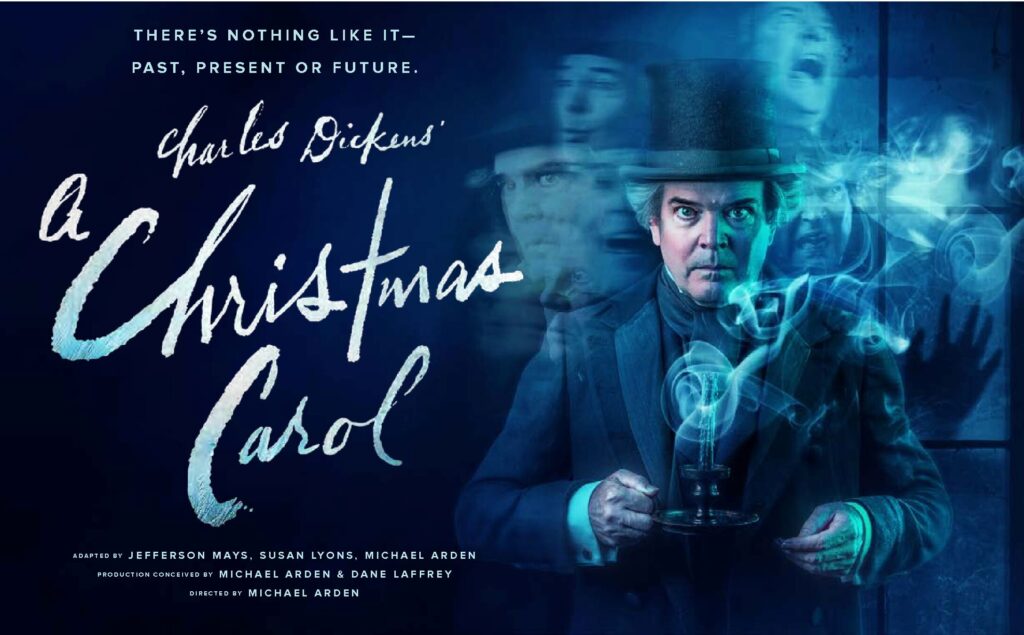 Suzanna BowlingNovember 18, 2022
Read More
Scroll for more
Tap
The Mint Theatre Unearths Noel Coward’s The Rat Trap
Ooops They Did It Again and Brought Mediocrity To Broadway With & Juliet