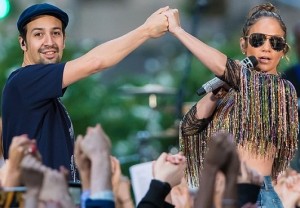 We told you about the free concert in Rockefeller Plaza as part of the Today Show. Monday morning fans got a real treat as Jennifer Lopez and Broadway star Lin-Manuel Miranda debuted their Orlando tribute. Lopez and Miranda’s collaboration “Love Make The World Go Round is a tribute to the victims of the Orlando massacre which happened on June 12. “Jen approached me after the Tony speech I made. After hearing the track she was working on, we realized we could do a lot of good together,” Miranda stated. Miranda wrote the song, which was recorded June 27 at Avatar Studios. Miranda continued to say “we talked a lot about love counteracting hate, and fear, and how art can play a role in that effort.” 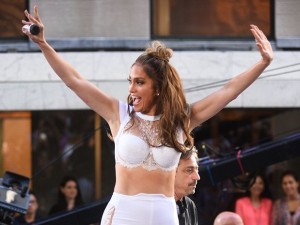 A hundred percent of the proceeds from each US download sale from July 8 to October 5 will be donated by Lopez, Miranda and Epic Records to the Hispanic Federation for the Somos Orlando Fund. 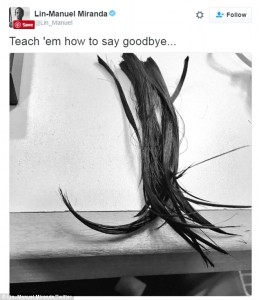 Lopez was in town to see the closing of Hamilton and the Today Show premiered the hair he cut as he handed down his role to Javier Muñoz. Will those locks be auctioned off for “Locks of Love?”