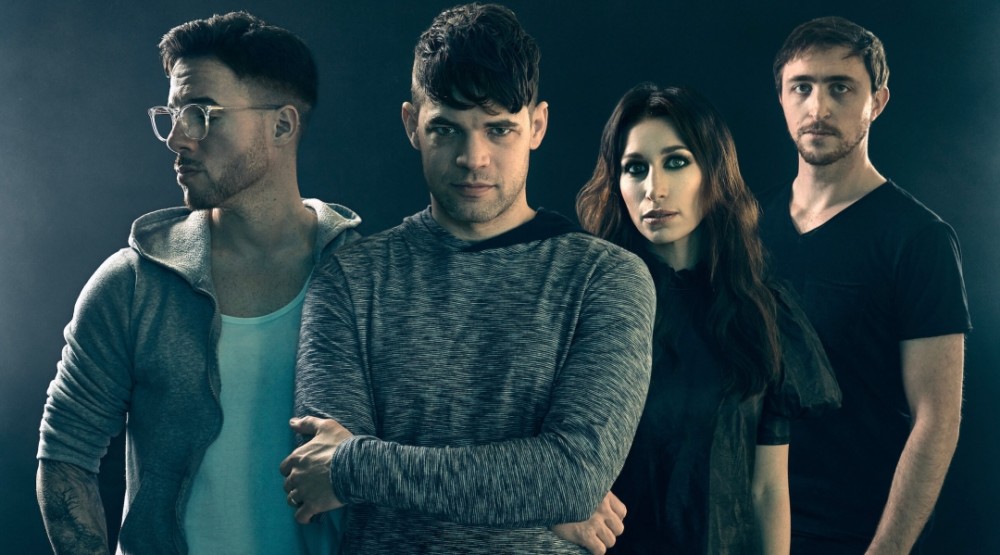 On September 25th at 7:00pm at Sony Hall see what film, TV and Broadway actor Jeremy Jordan was up to during COVID.

With some time on his hands, Jordan and a few of his super talented friends got together and casually decided to make themselves into rock stars. Age of Madness was born as they decided to create something different, a sound that evoked both nostalgia and a sense of something brand new. Grounded by a pounding drum beat, elevated by mind-melting guitar melodies and sent skyward by a bold, sweeping violin, every song is a unique story, crafted with vocal and lyrical precision. They call themselves Age of Madness as a testimony to both where we came from and where we stand in today’s bitterly divided world. Things may get loud. On the 25th they will debut their brand new band.

On this same bill OXFLOYD’s who’s debut single “FALLING,” has audiences thrilled by the pure rock feels: anthemic hooks, distorted guitars and hard-hitting crashes. Digging deeper however, the subtle sonics of the single and the 21-year-old’s vocal performance reveal something much different; a psychotic, and almost hypnotizing blend of classic rock and cloud rap, and a story told through the lens of someone who is slowly consumed by their inner demons.

Born in Athens, Greece, moving to Cleveland, Ohio when he was 8 years old and later on in New York at around 13, OXFLOYD has been bouncing between the US and Greece throughout his entire life. Raised by parents who were both musicians, the combination of his various influences into a distinct sound was inevitable. “My dad would put me to sleep with Beatles songs, and my mom would dance around the house jamming Madonna, so I guess it makes sense that I came out the way I did,” he explains.

“I started experimenting with music when I first discovered GarageBand,” he continues. “I must’ve been around 12, my dad had given me his old MacBook and I remember making covers of songs I liked with my guitar and the microphone on my headphones. Sounded terrible, but it was a start.” OXFLOYD would go on to perform as a guitarist and singer on multiple bands throughout his teenage years, landing slots at various school festivals and events around Greece.

The full realization of his sound came a little later, however: “I had to go through obsessing over multiple genres of music before I ended up finding my own identity. OXFLOYD is imperfect, gritty, fun, dark, emotional, and most important of all, REAL. It’s not trying to be something it isn’t; that’s the best way I would describe my sound as an artist.”

Growing up to the likes of Muse, The White Stripes, The Beatles and Led Zeppelin, and later on coming to love artists such as Royal Blood, Grandson, Ghostemane and The Weeknd, OXFLOYD’s musical taste undoubtedly is diverse. Bringing together past and present, he is the sole architect of his project, having meticulously crafted a sound that is as hard to categorize as it is ever-changing and evolving. “I want my music to make people feel ALIVE! Happy, sad, angry, in love, rebellious! I just wanna make people feel. Doesn’t have to be something specific, I want each listener to have their own personal experience when jamming to my tracks, it’s something I live and breathe for as a creator.”