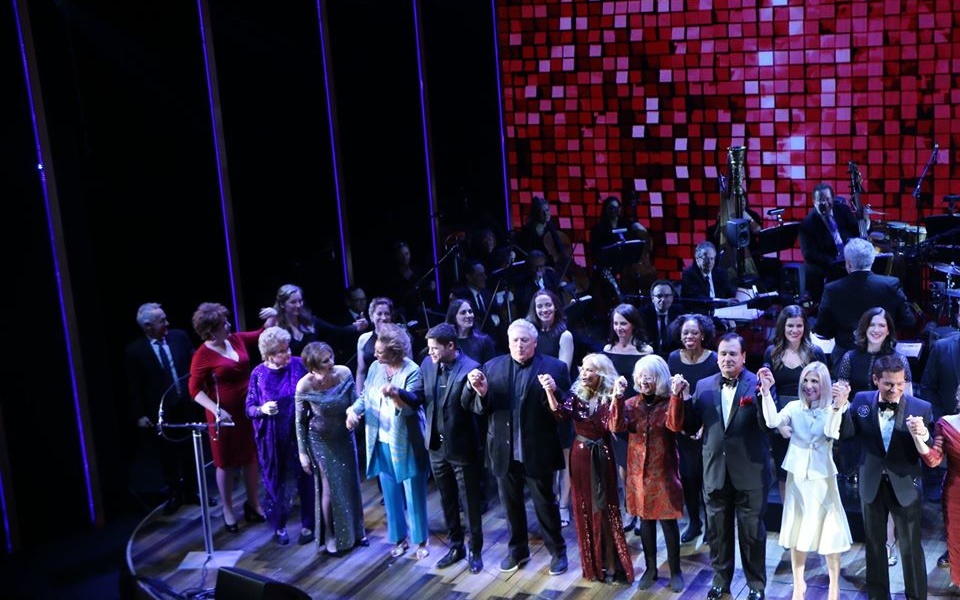 In the final installment of the Jerry Herman A Memorial Celebration from the Lunt Fontanne Theater, we said goodbye to the great composer who gave us tuneful melodies we will always remember. In part one we covered Hello Dolly!. Part two Mame and part 3 Mack and Mabel. Today we finish with Dear World, The Grand Tour and La Cage Aux Folles.

With Dear World‘s opening, Herman became the first composer-lyricist in history to have three productions running simultaneously on Broadway. Dear World starred Angela Lansbury, who won the Tony Award for Best Leading Actress in a Musical in 1969 for her performance as the Countess Aurelia.

Sutton Foster looking stunning in a liquid silver dress wowed with one of my favorite Herman songs “I Don’t Want to Know” from Dear World.

The Grand Tour stared Joel Gray at the Palace Theatre on January 11, 1979 and closed on March 4, 1979. This show is Herman’s least known. Jason Graae gave a talent filled version of “You I Like,” making us want to see this show revived.

Also from The Grand Tour Jerry himself was seen singing “I’ll Be Here Tomorrow” from a 2003 PBS special “Evening at Pops” A Tribute to Jerry Herman. Marin Mazzie, Faith Prince and John Barrowman can be seen in the background.

La Cage Aux Folles, opened on Broadway in 1983, and broke barriers for gay representation by becoming one of the first hit Broadway musicals centered on a homosexual relationship. The show’s Act One finale, “I Am What I Am”, received praise as a “gay anthem,” and has been widely recorded. At the memorial Leslie Uggams’s rousing and emotionally charged version brought the audience to a standing ovation.

Harvey Fierstein talked of his getting to work with Herman and told us how beige his home was. His moving tribute brought the audience and Fierstein to tears.

Also in the show Jane Dorian his god daughter spoke of him and her mother Anita, as well as his best friend Alice Bordon.

Closing out the night was LeRoy Reams and company with “The Best of Times.” 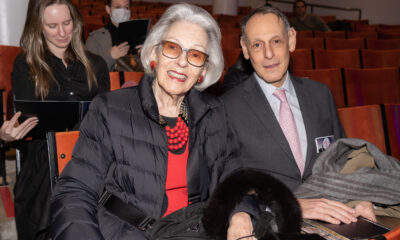 WriterDecember 8, 2022
Read More
Scroll for more
Tap
Kobe & The Bus
Fashion Week May Be In New York But LA Had the Most Coveted Show