Jesse Luttrell Brings Back The Age Of Great Showmen

Jesse Luttrell Brings Back The Age Of Great Showmen

The lights dimmed at Feinstein’s/ 54 Below and the music swelled, as a single spotlight lit up a tall, handsome man. All of a sudden like a bolt of lighting the high energy show began. The spotlight followed Jesse Luttrell, from the bar to the stage as he sang Steve Allen’s “This Could Be the Start of Something”. 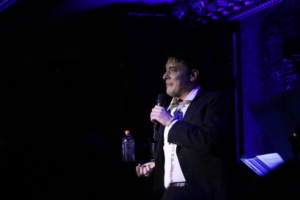 The lush sound of Fred Barton and his 8 Piece Broadway Orchestra accompanying, set the tone for the evening. It was at that moment, I knew I was in for a fun ride. It is difficult to describe Jesse Luttrell’s show because one has to experience it. He takes you back to the golden age of “The Showman.”His song choices such as “”I’m Gonna Live Till I Die” (Walter Kent & Al Hoffmann & Manny Kurtz) and Bobby Darin’s “The Curtain Falls” have seldom been performed since the great night clubs of New York shut their doors. 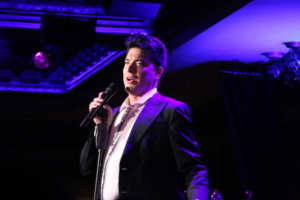 Jesse Luttrell selections range from Jule Style, Cy Coleman, Rodgers & Hart, to Anthony Newley and Jerry Herman. His fluid stage movements as he sang Peter Allen’s “I’m not the Boy Next Door”,  had him dancing and flying on top of the piano. When he is still and is singing a ballad such as Anthony Newley’s “What Kind of Fool Am I”, one gets to experience Luttrell’s mesmerizing singing voice. 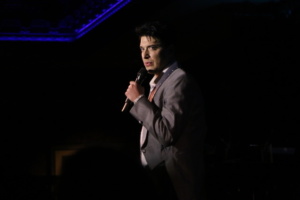