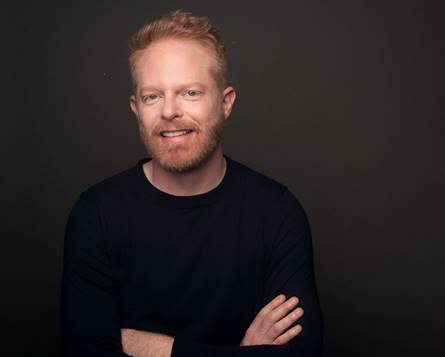 Directed by Scott Ellis, Take Me Out will begin previews April 2, 2020 and officially open on April 23, 2020 at Second Stage’s Hayes Theater (240 West 44th street).  Ferguson will play the role of Mason Marzac, the money manager who develops a surprising and all-encompassing love for baseball.

In the Tony Award®-winning Take Me Out, playwright Richard Greenberg celebrates the personal and professional intricacies of America’s favorite pastime. When Darren Lemming (Jesse Williams), the star center fielder for the Empires, comes out of the closet, the reception off the field reveals a barrage of long-held unspoken prejudices. Facing some hostile teammates and fraught friendships, Darren is forced to contend with the challenges of being a gay person of color within the confines of a classic American institution. As the Empires struggle to rally toward a championship season, the players and their fans begin to question tradition, their loyalties, and the price of victory.

A longstanding advocate for marriage equality, Ferguson co-founded Tie The Knot in 2012 with his husband, where they design limited edition bow ties with all the proceeds going to various organizations that fight for LGBTQ equality around the world.

In 2017, he won the Drama Desk Award for “Best Solo Performance” for his 40-character turn in the Broadway production of Fully Committed. He made his Broadway debut at the age of 21 as “Chip” in George C. Wolfe’s revival of On The Town. He later went on to originate the role of “Leaf Coneybear” in Second Stage’s Tony Award®-winning Broadway musical, The 25th Annual Putnam County Spelling Bee (Drama Desk Award, “Outstanding Ensemble Performance”). He has worked extensively with The New York Public Theatre’s Shakespeare in the Park in such notable productions as The Merchant of Venice, The Tempest, The Winter’s Tale, A Midsummer Night’s Dream and The Comedy of Errors where he performed alongside Al Pacino, Sam Waterston, Jesse L. Martin, Martha Plimpton, Hamish Linklater and Lily Rabe.  Other theatre credits include world premieres of Christopher Shinn’s Where Do We Live and Michael John LaChiusa’s Little Fish (Second Stage) as well as “Sir Robin” in Spamalot, “Leo Bloom” in The Producers, both at The Hollywood Bowl, and most recently Log Cabin with Playwrights Horizons, directed by Tony Award® and Obie Award-winner Pam MacKinnon.  Ferguson will appear in Bess Wohl’s Grand Horizons this summer as part of the Williamstown Theater Festival’s 65th season.

Genevieve Rafter KeddyMay 21, 2022
Read More
Scroll for more
Tap
Broadway Sings For Pride at The Pierre Hotel
Whose Presenting at The Tony Awards