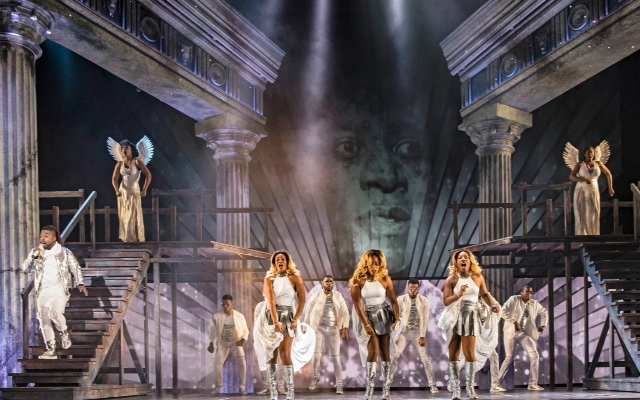 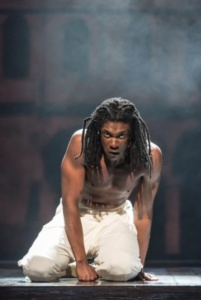 What a finale! Closing out their 2016-17 Broadway Series, Aurora’s Paramount Theatre has mounted a raucous and righteous Jesus Christ Superstar, performed by an extraordinarily talented, all-black cast. When asked about this specific casting choice, the overall responses given were “why not?” Why not, indeed! The singing powerhouses united center stage left every audience member in the 1,888 seat venue simply awestruck. Directed by Ron Kellum, in his Paramount Theatre debut, this visionary talent has a résumé that would astound. He last teamed with Lady Gaga on the much buzzed about 2017 NFL Pro Bowl halftime show, and now that astute auteur has graced Aurora with his singular vision. For a quick overview, Jesus Christ Superstar initially launched as a 1970’s rock opera concept album that quickly morphed into a live stage phenomenon, culminating in being nominated for seven Tony Award-awards. Featuring music written by Broadway royalty, Sir Andrew Lloyd Webber, with unforgettable lyrics scribed by Tim Rice, Jesus Christ Superstar has achieved cult like status. Joining Kellum for this wild ride, Tom Vendafreddo and Kory Danielson, serving as co-music directors and conductors, fronting the impressive 14-piece back and 24-member cast. This large scale, fanciful undertaking actually chronicled the final week of Jesus’ life, from his initial arrival in Jerusalem to his fateful crucifixion. Along the journey, love, idolization, introspection and the ultimate betrayal punctuated his story. The political shenanigans and strife displayed are as relevant today as they were in the Roman Times portrayed here. Only without the #resistance movement to aid him along. Sung-through with no dialog, this tsunami of a show’s energy enraptured as it thoroughly entertained. Simply put, Paramount’s Jesus Christ Superstar is tops on the must see list for Spring 2017 in the greater Chicagoland area. 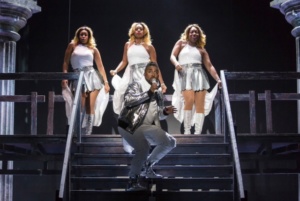 What made this beloved rock opera work was the phenomenal cast, lead by the inimitable Evan Tyrone Martin as Jesus. Martin is having a phenomenal year on stage, recently featured in both the Mercury Theatre’s loving tribute to Grammy Award-winner, Tony Bennett, and as the statesman, King Triton, in Paramount’s recent family-favorite, the hit musical The Little Mermaid. His commanding vocal prowess and demeanor instantly drew everyone’s eyes collectively to him. Mykal Kilgore’s Judas may eventually sell Jesus out to the Roman’s, however all was forgiven as he sang. His vocal runs were near-Olympian, and certainly gold medal worthy. Leading lady, Felicia Boswell, here portrayed prostitute Mary Magdalene. Her rendition of “Everything’s Alright” all the while anointing Martin’s Jesus with oil, bubbled with sensuality. It would be impossible to not compare her character’s visual interpretation with Beyoncé from the “Hold Up” video from her recent Lemonade album. Theresa Ham’s golden, off the shoulder gown costume design and Katie Cordts’ cascading wig, hair and makeup designs clearly drew inspiration from the “Crazy In Love” singer and “Destiny’s” favorite “Child.” All that was missing was the requisite baseball bat. Please note, this took nothing away from Boswell’s performance. Her personal struggle expressed during “I Don’t Know How to Love Him” was all too real and notably palpable. 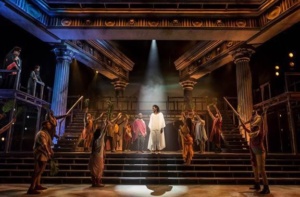 As for the remaining politicos, Pontius Pilate (Rufus Bonds, Jr.) the governor of Judea, Avionce Hoyles, pulling double duty as both King Herod & Annas and Caiaphas (Lorenzo Rush Jr.) the high priest disturbed by Jesus’s ever expanding following and rival influence, each graced their respective parts with their own personal impressive signature vocal stylings, while also plotting to undermine and eventually bring the inevitable end to the Prince of Peace. The remaining 20 ensemble members filled the stage as assorted members of the Apostles, Disciples and followers. Each sang, danced, and gloriously projected in numbers from this energized rock opera, through Kellum’s bold and brazen choreography. How remarkable to see so many of my Windy City favorites, including Stephen “Blu” Allen, Jos N. Banks, Gilbert Domally, Mark J.P. Hood, Renellè Nicole, Jaymes Osborne, Camille Robinson, and Jessica Brooke Seals all sharing the same stage. 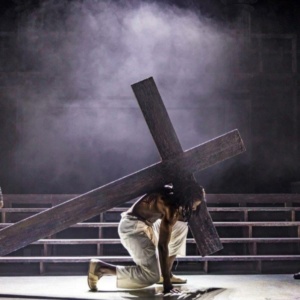 While the talent involved was breathing life into retelling one of the most popular and tragic biblical tales, the design team also proved themselves “Superstar” talent. Kevin Depinet’s multi-story set will astound. Greg Hofmann’s lighting design effectively ranged from vivacious Vegas showroom to isolated melancholy. Mike Tutal’s projections grounded the mystical while sound designer Adam Rosenthal also proved essential to the proceedings. While difficult to sit through, Roger Ellis’ violence design during “Trial by Pilate/39 Lashes” brought legitimate and necessary chills to the audience in scenes requiring just that. 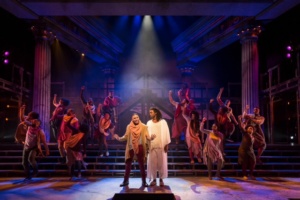 The quality and caliber involved with Paramount’s Jesus Christ Superstar rivaled any summer blockbuster or episodic season finale. To borrow a quote from the political soap opera, Scandal, much like Olivia Pope, the Paramount has this version of Jesus Christ Superstar “handled” quite well. The dramatization of this iconic story around Eastertime had to be intentional and this felt like “going to church” in the best sense of that expression. The top tier of talent on that stage all have crafted something that would best qualify as magical. Emotionally-charged and exceptionally soul-stirring, this Christ impressed from beginning to end. The collaborative influence of the ensemble resonated throughout this piece like a Mega-Church pastor’s sermon. Superb, scandalous and sensational, Paramount’s Superstar is simply put, required viewing. 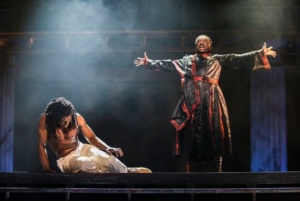 Jesus Christ Superstar is now playing at the Paramount Theatre through May 28, 2017 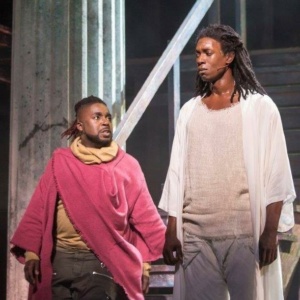 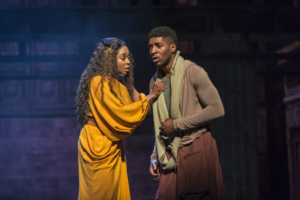 Register For Free Writing Boot Camp With Indecent’s Paula Vogel
Do Broadway Stars Worry As Much About Their Looks As Hollywood Stars?