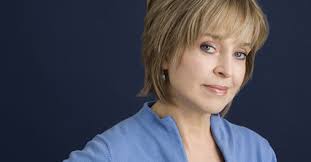 Jill Eikenberry Makes Her Debut At Feinstein’s/54 Below

Jill Eikenberry Makes Her Debut At Feinstein’s/54 Below 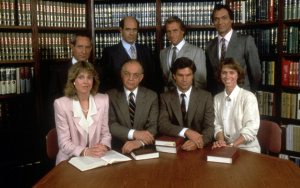 Jill Eikenberry and her husband Michael Tucker in LA Law

Feinstein’s/54 Below, Broadway’s Supper Club, presents Golden Globe Award-winner Jill Eikenberry on Tuesday, January 10th, 2017 at 7:00pm. Best known for her starring role on the NBC drama “L.A. Law” and Obie award winning turns in the plays Lemon Sky and Life Under Water makes her  Feinstein’s/54 Below debut in her brand new concert , Songs I’ve Sung. Join this multi-talented artist as she sings from the soundtrack of her life – from Broadway to off- Broadway to way off-Broadway. The show will include songs by Rogers and Hart, Kurt Weill, Keith Herman, Barbara Damashek, Randy Newman, and more. In addition Jill will invite a few talented friends, including members of the Gay Men’s Chorus and maybe even Jill’s notoriously shy husband, actor and author, Michael Tucker, to join the musical celebration of her first 70 years!

At the piano will be Jill’s musical director, James Horan – a staple at Feinstein’s 54 Below, for which he has musical directed concerts of Onward Victoria and Charlie and Algernon. Horan has also worked with luminaries such as Liz Callaway, Laura Benanti, Stephanie J. Block, John Bucchino, Natalie Douglas and more. He will be joined by Mike Kuennen on bass, and Max Tucker (www.max-tucker.com) on drums.

Jill Eikenberry is perhaps best known for her portrayal of Ann Kelsey on NBC’s long-running hit series “LA Law”, which earned Jill four Emmy nominations, two Golden Globe nominations and a Golden Globe Award. Ms. Eikenberry has starred on Broadway in Moonchildren, All Over Town, Summer Brave, Watch on the Rhine and Onward Victoria. She won Obie awards for her off-Broadway performances in Life Under Water and Lemon Sky. Jill’s most recent New York appearances have been in Enter Laughing, the Musical at the York Theater, The Kid at the New Group, for which she received a Drama Desk Award Nomination, Be A Good Little Widow at Ars Nova and Jericho at 59 E. 59th St. Her feature films include Rich Kids, Hide in Plain Sight, Arthur, The Manhattan Project and most recently Young Adult in which she played the mother of Charlize Theron. She has starred in numerous TV movies including “An Inconvenient Woman” with Jason Robards and “Chantilly Lace” for Showtime, with appearances on hit shows such as “Law and Order”, “Numbers” and “Body Of Proof”. Most recently, Jill appeared opposite her husband in his first play, The M Spot, at The New Jersey Repertory Company.