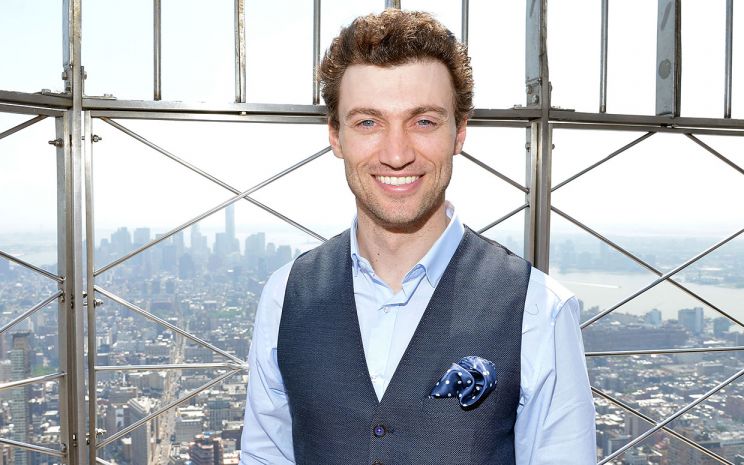 Richard and Susan Bloch will present an invitation only industry presentation of the new play The God Box by Drama Desk winner, Jim Brochu. Brochu will appear in the reading with Tony nominees, Robert Cuccioli and Bryce Pinkham. Emmy Award winner Dorothy Lyman directs the reading to be held on in New York City January 6, 2020.

Jumbo Rich (Cuccioli), the world’s third richest man has made a discovery that could change the history of the world. He presents it to a legendary archeologist, Dr. Dex Morrissey (Brochu) for authentication. Gabe Killen (Pinkham) an investigative reporter is there to documents the results. History may not be changed but the lives of the three men will be altered forever. They all have to come to grips with the reality contained in the God Box.

Robert Cuccioli is best known for originating the lead dual title roles in the musical Jekyll and Hyde, for which he received a Tony Award nomination and won the Joseph Jefferson Award, the Outer Critics Circle Award, the Drama Desk Award, and the Fany Award. He first appeared on Broadway as Javert in Les Miserables. He has appeared in numerous New York and regional productions since then, including Jekyll and Hyde and Spider-Man: Turn Off the Dark.

Bryce Pinkham (Gabe Killeen) is widely known for his work on television, including Mercy Street, and on Broadway – notably his role of Monty Navarro in A Gentleman’s Guide to Love and Murder, for which he received nominations for both a Tony Award for Best Performance by a Leading Actor in a Musical as well as a Grammy Award (Best Musical Theater Album).

Dorothy Lyman (Director) is an American television actress, director and producer. She is most known for her work as Gwen Frame in Another World and in All My Children as Opal Sue Gardner, as Rebecca Whitmore in Generations, and on the sitcom Mama’s Family as Naomi Harper. She produced and directed a total of 75 episodes of The Nanny (all episodes of the third and fourth seasons), even making a special guest appearance on the Fran Drescher sitcom.

The reading is produced by Susan and Richard Bloch.