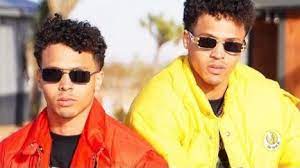 JNA,  Jonny and Aaron, became R&B sensations via Tic Tok, and are now turning out hit after hit, conquering the world with their smooth sound and good looks.

You can watch the artist interview and event highlights, captured in this downloadable video – by “Preditor” (Producer/Shooter/Editor) Adriana Kaegi (co-founder/choreographer of the legendary band Kid Creole and the Coconuts, an 80’s superstar band (Island Records), and Boomerang (Atlantic Records).

Having lived the celebrity life, Adriana knows what it’s like being interviewed on the red carpet and loves to interview today’s talent, for clients and for her media company www.ADDY.media, who have been covering high profile events, like the Biden/Harris Inauguration, NYFW, and numerous premiere events, (She is also a Getty Red Carpet contributor), and also covers A2IM.org’s Indieweek and other conferences.

Adriana became a pioneer in the video field and she and her her team are constantly producing premium lifestyle programs for ADDY.media’s own channels www.styleculture.tv and www.youtube.com/dearaddy which has 11K subscribers.

Kaegi also sends daily video feed to her global distribution partners generating 7 mil monthly views. Most soundtracks for the editorial videos, are composed by Adriana and are available on www.soundcloud.com/a_kaegi.

Suzanna BowlingOctober 13, 2021
Read More
Scroll for more
Tap
Meet Robbie Rozelle Who is Back in the Basement
What to Watch: June 16