Joe DiPietro Opens Up To T2C on Diana and Conscience 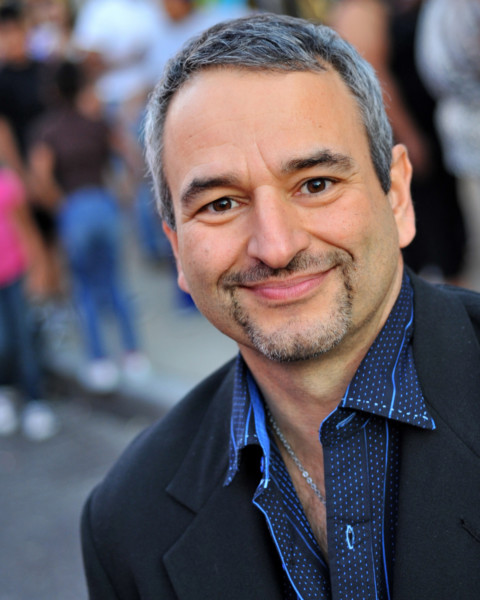 Joe DiPietro Opens Up To T2C on Diana and Conscience

Joe DiPietro is a playwright and lyricist. He has won two Tony Awards, a Drama Desk Award and three Outer Critics Circle Awards. His musicals and plays have received thousands of productions across the country and around the world. Broadway: Diana, Memphis (four Tony Awards including Best Musical, Best Book, Best Score), Nice Work If You Can Get It starring Matthew Broderick and Kelli O’Hara (10 Tony noms, including Best Book, Best Musical), All Shook Up, Living on Love (starring Renee Fleming). Off-Broadway: I Love You, You’re Perfect, Now Change (the longest running musical revue in Off-Broadway history), The Toxic Avenger (OCC Award – Best Off-Broadway Musical), the much-produced comedy, Over the River and Through the Woods, The Thing About Men (OCC Award Best Off-Broadway Musical), Clever Little Lies (starring Marlo Thomas), and Ernest Shackleton Loves Me and so much more.

He sits on the board of Only Make Believe, a charity dedicated to bringing interactive, therapeutic theatre to chronically ill children and now he has two shows about to open.

T2C: How many shows are you working on right now? You have Diana coming to Broadway and Conscience to George Street Playhouse.

Joe DiPietro: You work when opportunities present themselves. Conscience is in the political realm of today. I have a Dr. Seuss workshop and in development, a new play, a few more musicals. A new Tom Jones musical, What’s New Pussycat? was just announced. I am a writer who likes to juggle things.

T2C: What draws you to material?

Joe DiPietro: I am a political junkie concerned about this country.  I read a lot of histories and articles and things, and I came across the story of Margaret Chase Smith, and was fascinated by her. She was the only woman senator in the early ’50s, she was a Republican and she was the first person to stand up and denounce Joe McCarthy on the Senate floor. She denounce the political echos and thought more about her country than herself.

T2C: What comes first for you in writing, lyrics, book or idea?

Joe DiPietro: Definitely idea. I tend to outline them exhaustedly. Musical are all about structure.

T2C: You take on controversial subjects. What else would you like to take on?

Joe DiPietro: I inherently like comedic pieces. I like humor blended in with the serious. Dr. Seuss is a family show, but it is also out and out comedy.

T2C: You talked about Conscience and the McCarthy era. Would you say we have learned anything from that horrific time in history?

Joe DiPietro: It seemed like we have learned a lot and yet in this climate it seems like we haven’t. It is exactly what Margaret Chase Smith’s speech stated. She angered McCarthy and he came after her.

T2C: Will Conscience have similarities to todays political upheaval?

Joe DiPietro: Some, politicians are both trying to work together and get what they want. The loud people in the room get a lot of attention.

With social media we have an instant connection. All our moments are instant. Now you can read and watch a news program that matches your opinion. The media sided with McCarthy. Human behavior is constant.

T2C: What would you like audiences to take away from Conscience?

Joe DiPietro: What a remarkable person Margaret Chase Smith was. She was brave, abandoned, a lone voice who stood up to a very person who could destroy her.

Joe DiPietro: First I want audiences to have a great time. This was a women who entered into a fraudulent marriage and found her own voice. She did vast amounts of good. She had an empathy and a super natural sense of how her life impacted the world.

T2C: You have Harriet Harris in Conscience. What other actors would you like to write for?

Joe DiPietro: Mathew Broderick and the other actors I have worked with are so good. I love Jeanna de Waal, who is playing Diana. I write for the real creatures of the theatre.

T2C: What haven’t I asked you that you would like our audience to know?

Joe DiPietro: I am a believer and creature of the in theatre if all of its forms. I have a big heart for both people and shows. I am fortunate enough to be able to work and be produced in this format I love.

Photo’s are a first look at Conscience

RossNovember 26, 2021
Read More
Scroll for more
Tap
All the Natalie Portmans Is Well Crafted With Performances That Sear
Meet the Playwright: Hilary Bettis of 72 Miles To Go