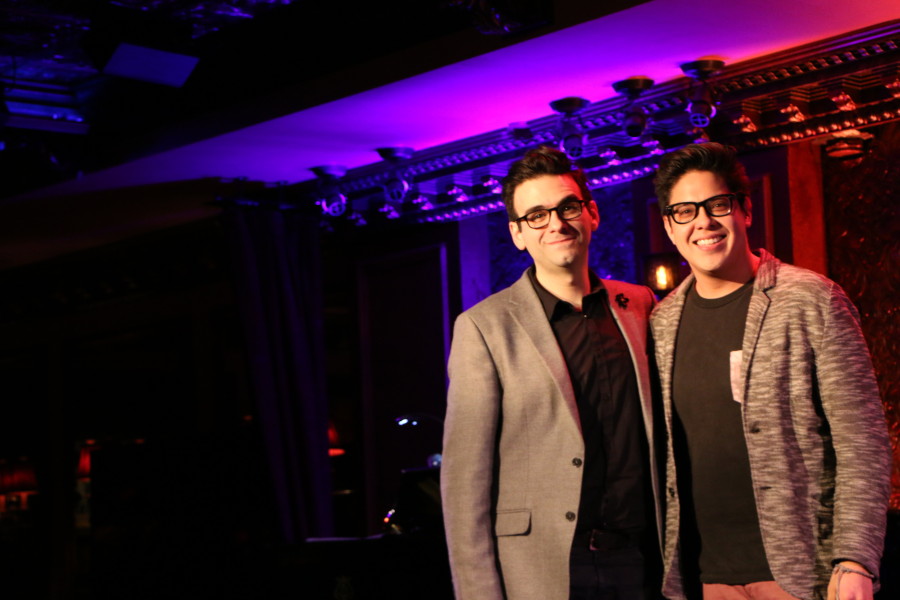 On November 5th, 2018, the National Coalition Against Censorship (NCAC) will host its annual Free Speech Defender Awards at a benefit celebration in New York City, honoring Oskar Eustis, Artistic Director of The Public Theatre, and featuring a highly-anticipated performance from musical theater icons Joe Iconis and George Salazar of Be More Chill. The event will be hosted by comedian Michael Ian Black.

Oskar Eustis has served as the Artistic Director of The Public Theater since 2005. In the last three years, he has produced two Tony Award-winning Best Musicals (Fun Home and Hamilton), and back-to-back winners of the Pulitzer Prize for Drama, Hamilton and Sweat. At The Public, Eustis directed the New York premieres of Rinne Groff’s Compulsion and The Ruby Sunrise; Larry Wright’s The Human Scale; and most recently Julius Caesar at Shakespeare in the Park. He has founded numerous ground-breaking programs at the Public, from Public Works and Public Forum to the Emerging Writers Group.

In the summer of 2017, The Public’s production of Julius Caesar, featuring a Trump-like Caesar, drew ire from right-wing media, resulting in the withdrawal of two of the play’s largest corporate sponsors. NCAC honors Eustis for his dedication to artistic freedom, his fierce defense of the value of theater to democracy and his unwavering commitment to the free expression of his directors, playwrights, actors and the entire theatrical community.

Joe Iconis and George Salazar will perform “Kaboom” from The [Unauthorized] Hunter S. Thompson Musical, currently in development for La Jolla Playhouse. Iconis and Salazar will soon take their smash-hit show, Be More Chill, to Broadway (Lyceum Theatre, opening February 2019) after an unprecedented run in the summer of 2018. They represent the power art can have when it connects deeply with its audience.

NCAC will also honor Gayle Forman, best-selling novelist and journalist, and Ny’Shira Lundy, a 16-year old literary activist, as well as the winner of this year’s Youth Free Expression Film Contest, Sadie Price-Elliott, for her film on protest, I Can’t Be Silent. An art auction of over 50 donated artworks is currently open on Paddle8.com and will close at the event, which is chaired by Jennifer Loja, President of Penguin Young Readers.

The National Coalition Against Censorship (NCAC) is an alliance of 56 national non-profit organizations dedicated to defending freedom of thought, inquiry and expression. NCAC works with students, teachers, artists, activists and others involved in censorship disputes, focusing on direct intervention and advocacy without the need for litigation. NCAC has been defending the right to free expression for everyone, every day, for over 40 years.

In addition to the live program, NCAC is hosting an art auction of over 50 artworks. Featuring works donated by Marilyn Minter, Dread Scott, Robert Sherer, Zephyr and many more, the auction includes many artists who have been personally affected by censorship throughout their careers. All of the donating artists believe fiercely in the importance of artistic freedom and the value of art in a democracy. The auction runs on Paddle8.com from October 22nd through November 5th.

NCAC’s Arts Advocacy Program is the only national project dedicated to working directly with individual artists and curators involved in censorship disputes. Its main goal is to protect artists’ rights to participate in the democratic dialogue by defending public access to their work, and supporting their ability to freely express views that might be unpopular or controversial. The project resolves controversies through education and advocacy, avoiding the need for legal action.

Gayle Forman is an award-winning, internationally bestselling author and journalist. Her #1 New York Times bestselling novel If I Stay was adapted into a film starring Chloe Grace Moretz. Gayle is also the author of several other bestselling novels, including Where She Went, I Was Here, the Just One series, Leave Me, and I Have Lost My Way.

16-year old Ny’Shira Lundy is an avid reader, aspiring author and digital creative from Katy, Texas. When her school district banned her favorite book, The Hate U Give, from school libraries in November 2017, Ny’Shira launched a petition that garnered nearly 4,000 signatures and successfully returned the book to library shelves. Her activism has inspired many, including her favorite author Angie Thomas. Ny’Shira continues to share her love of literature with her community through the young adult book club she launched. She hopes to become a writer and is currently working on her first novel.

A rising senior at Sussex County Technical School in Newton, NJ, Sadie Price-Elliott is a filmmaker, poet and activist. Her films explore themes of friendship, human connection, nature and surrealism. Her latest film, I Can’t Be Silent, won NCAC’s 2018 Youth Free Expression Film Contest and was featured on the Washington Post “Answer Sheet” blog. After graduation, Sadie hopes to continue making films that bridge divides and inspire activism for the collective good.