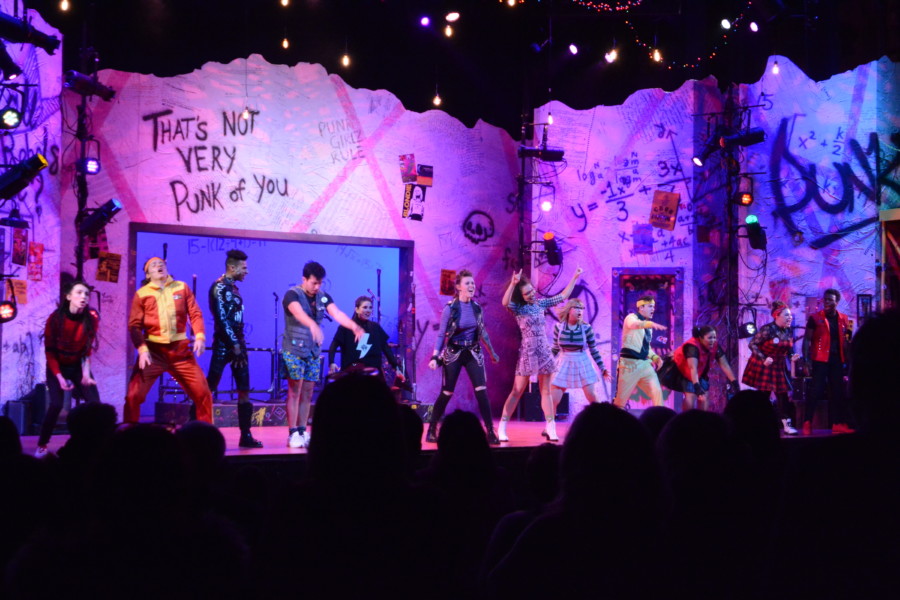 Joe Iconis’ Punk Rock Girl made its world premiere at the Argyle Theatre.

Book and arrangements are by Tony-nominated Long Island Composer Joe Iconis (Broadway’s Be More Chill), arrangements and orchestrations by Rob Rokicki (Broadway’s The Lightning Thief), directed and choreographed by Jennifer Werner (Worldwide Associate for Book Of Mormon), musical direction by Jennifer Peacock, and in partnership with Lively McCabe Entertainment. It began performances on January 20, in advance of its January 22 opening night and will run through February 27, 2022. The Argyle Theatre is located at 34 West Main Street, Babylon, Long Island.

16-year-old Angela Quivers is a perfectionist who never takes chances and feels like there’s no place where she belongs … until she meets Proxi, a teenager who pulls her into a world of grungy guitars, shocking secrets, and big, loud, messy emotions. A musical about a young person finding a community and creating her tribe, Punk Rock Girl is a noisy celebration of all things raw and ragged; trashy and heartfelt; familiar and alien.