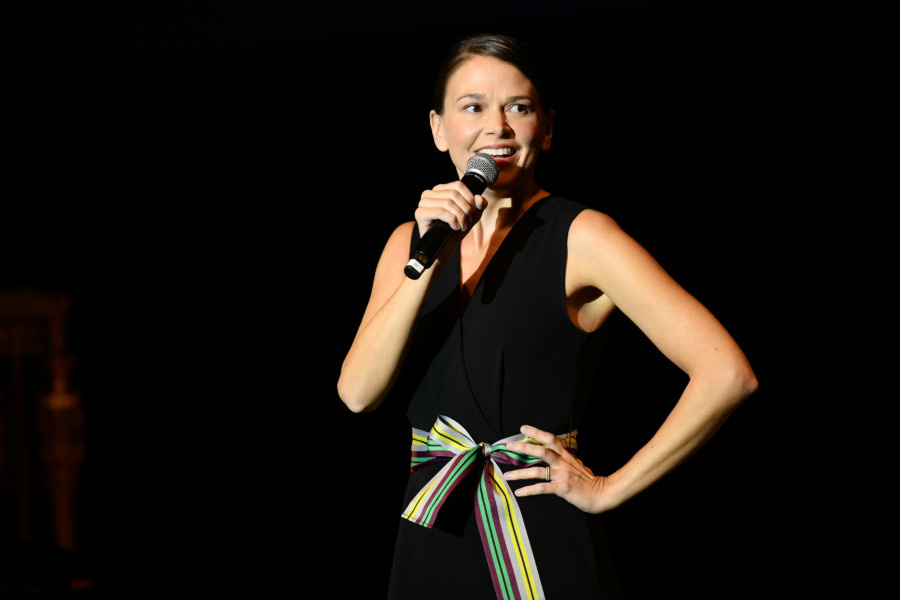 The Drama League of New York advances the American theater by providing a life-long artistic home for directors and a platform for dialogue with, and between, audiences. Since 1916, The Drama League has been at the forefront of the American theater community, with initiatives to promote artistic development and audience engagement. It is one of the nation’s oldest continuously-operating, not-for-profit arts advocacy and education organizations. Through its programming, The Drama League serves over 3,000 artists and 15,000 audience members each season with over 150 events and programs.

Jelani Alladin, a Brownsville, Brooklyn native, most recently starred as Hercules in Public Work’s Musical Adaptation of Disney’s Hercules. He made his Broadway Debut in Frozen the Musical as Kristoff which earned him a Drama Desk nomination for Best Leading Actor and a Drama League nomination for Distinguished Performance. Jelani is a graduate of the inaugural class of Tisch School of the Arts’ New Studio on Broadway. Off-Broadway credits include Sweetee (Signature Theatre Company), Don’t Bother Me I Can’t Cope (York Theatre Company), and Nassim (Barrow Street Theatre). Regional credits include I and You (TheatreSquared), Violet (Clarence Brown Theatre), The History Boys (Palmbeach Dramaworks) and Choir Boy (Studio Theatre of DC and Marin Theatre Company). Jelani received the San Francisco Outer Critics Circle Award for Best Leading Actor In A Play for his work as Pharus in Choir Boy. His past film credits include I Didn’t Come Here to Make Love, High Noon on the West Side and One Hit Wonder.

Brandon Victor Dixon, following his Tony Award-nominated performance in Shuffle Along on Broadway, joined the cast of Hamilton on Broadway in the role of Aaron Burr, and the STARZ hit drama “POWER” in the role of Terry Silver. A Presidential Scholar Semi-finalist and scholarship winner at the British Academy of Dramatic Acting, Brandon is a graduate of Columbia University and received the I.A.L Diamond Award for Achievement in the Arts. Since his professional debut originating the role of Adult Simba in The Lion King National Tour (Cheetah), Brandon has displayed diverse abilities in a number of roles. Notably, he was nominated for a Tony Award for his role as Harpo in Broadway’s The Color Purple, a Grammy for his portrayal of Berry Gordy inMotown The Musical, and he was nominated for Olivier, Drama Desk, Lortel, OCC, Drama League, and AUDELCO awards for his portrayal of Haywood Patterson in The Scottsboro Boys. In the past two years, Brandon has spent his time producing new pieces and performing in concerts and benefits with fellow artists such as Jennifer Hudson, Nathan Lane, Wynton Marsalis, Chita Rivera, Liza Minnelli, Matthew Brodason, David Hyde Pierce, Levi Kries, and Kelli O’Hara. Other Credits include: “One Life To Live”, “Law & Order: Criminal Intent”, and “The Good Wife”. Originally from Gaithersburg, Maryland, Brandon currently resides in New York City.

Joel Grey is best known for his Tony and Academy Award-winning performance as the Emcee inCabaret, is the multi-award-nominated director of Fiddler on the Roof in Yiddish, and is a co-director of the Tony Award-winning production of The Normal Heart. Other Broadway credits include George M, Chicago, Wicked, and Anything Goes. Joel is also an internationally exhibited photographer with five published books, and his work is part of the permanent collection of The Whitney Museum of American Art and the Metropolitan Museum of Art.

Peter Hermann stars as Charles Brooks on TV Land’s hit romantic comedy “Younger”, which returns for a seventh season in 2020. Credits include performances on Broadway in Talk Radio and the Tony-Award winning Lincoln Center production of War Horse, the critically acclaimed film United 93, and a recurring role on NBC’s “Law & Order: Special Victims Unit” for the last eighteen seasons. He is the author of “If the S in MOOSE Comes Loose,” his first children’s book from HarperCollins, with illustrations by Caldecott winner Matthew Cordell. A graduate of Yale University, he was a charter member of the Teach For America Teaching Corps. Peter lives in New York with his wife, Mariska Hargitay, and their three children.

Miriam Shor currently stars alongside Sutton Foster in the hit TV Land series “Younger.” Shor appeared in the final season of FX’s “The Americans” and earned a 2018 SAG Award nomination alongside the ensemble cast. Shor will next be seen in the FX miniseries “Mrs. America.” Shor played Cricket Caruth-Reilly on ABC’s “GCB” and had roles in “Then Came You”, “Inside Schwartz”, “Big Day”, and “Swingtown”. Shor appeared on multiple seasons of the FX drama “Damages,” the HBO miniseries “Mildred Pierce,” and had a recurring role in “The Good Wife.” On Broadway, Shor originated the role of Yitzhak in John Cameron Mitchell’s rock musical Hedwig and the Angry Inch and subsequently reprised her role in his 2001 film adaptation. Having gone back to her theatre roots many times, Shor has worked with renowned artists such as Stephen Sondheim, Terrence McNally and Lanford Wilson. In 2016, Shor co-starred in the Public Theater’s Sweat by Pulitzer Prize-winning playwright Lynn Nottage, which was Tony nominated for best play. In film, Shor will next be seen in the Netflix drama “Lost Girls,” directed by Liz Garbus.