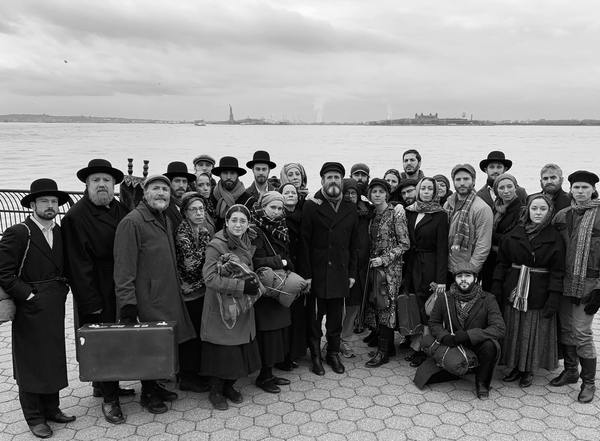 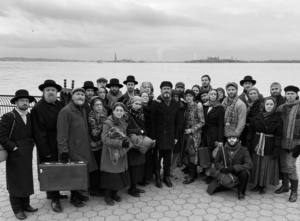 National Yiddish Theatre Folksbiene’s Fiddler on the Roof in Yiddish ended its run at the Museum of Jewish Heritage December 30. Joel Grey, who directed the acclaimed production, took an New Year’s Eve shot of the cast standing with the Statue of Liberty and Ellis Island in the distance.

Fiddler on the Roof in Yiddish is moving uptown to Stage 42 on 42nd St.  Performances begin Monday, February 11th at

Based on the Tevye the Dairyman vignettes by Sholem Aleichem, the Yiddish language Fiddler on the Roof was translated by Shraga Friedman. The original New York, Tony Award-winning stage production was directed and choreographed by Jerome Robbins, with book by Joseph Stein, music byJerry Bock and lyrics and Sheldon Harnick. Original producer Harold Prince and Harnick consulted on this production.