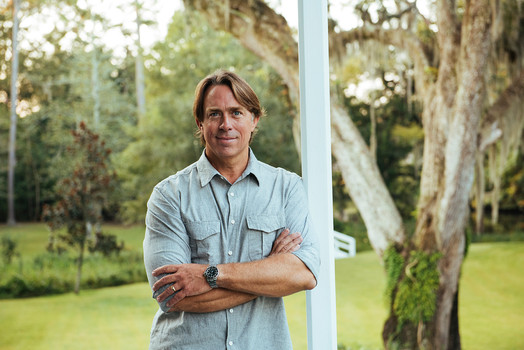 “I am incredibly humbled to be named a James Beard Foundation honoree. It is an honor to work alongside this inspirational team with the like-minded mission of preserving and celebrating America’s diverse culinary heritage,” said Besh. “Plus, I am equally excited to share an evening of bubbles and delicious foods with some of the finest chefs in the world.”

The celebrated chef has dedicated his career to the culinary riches of southern Louisiana. In his restaurants, entrepreneurial pursuits, and public activities, Besh preserves and promotes ingredients, techniques, and heritage one dish at a time. He is the author of four cookbooks: My New Orleans (October 2009) and My Family Table (November 2011), Cooking From The Heart (October 2013) and Besh Big Easy (September 2015); as well as the host of two national public television cooking shows, Chef John Besh’s New Orleans and Chef John Besh’s Family Table. In 2011, he founded the John Besh Foundation, which works to protect and preserve the culinary heritage and foodways of New Orleans via initiatives such as the Chefs Move! culinary school scholarship and “Milk Money” microloans for local farmers.

“It’s always exciting for us to be able to honor a great chef and friend of the Foundation at what is one of our favorite fundraisers of summer,” said Susan Ungaro, president of the James Beard Foundation. “From his participation in our annual Food Conference and Leadership Awards, Taste America tour and most recently serving as a mentor in our 2016 Women in Culinary Leadership Program, we are delighted to celebrate the admirable career of multiple James Beard Award-winning chef John Besh.”

Besh’s talent and drive have earned him praise throughout his career: Food & Wine named him one of the “Top 10 Best New Chefs in America.” His twelve acclaimed restaurants (August, Besh Steak, Lüke, Lüke San Antonio, La Provence, Domenica, Pizza Domenica, Borgne, Johnny Sánchez New Orleans, Johnny Sánchez Baltimore, Shaya and Willa Jean) each celebrate the bounty and traditions of the Louisiana region, and his flagship restaurant, August, is a Gayot Top 40 Restaurant and a Wine Enthusiast Top 100 Restaurant. In March 2016, the Besh Restaurant Group announced the creation of One House Hospitality, a division focused on creating and operating food and beverage concepts inside hotels and resorts.

With a long tradition of supporting culinary education, the James Beard Foundation will also announce the recipient of the 2016 Christian Wölffer Scholarship at the event. Established in 2006, the scholarship fund supports students in their study of food and wine. As of 2016, the Foundation will have awarded over $6.5 million in financial aid to more than 1,800 recipients.

The Chefs & Champagne main event will take place from 6:00 pm to 8:30 pm on Saturday, July 23, and is open to the public—reservations are $200 for James Beard Foundation members and $275 for non members. General admission includes all tastings, silent auction bidding opportunities, and a gift bag. VIP premium admission, beginning at 5:00 pm, is $375 for James Beard Foundation members and non members. VIP tables of 10 are available for $4,000. The VIP experience includes an additional exclusive reception hour with early access to all tastings, reserved table seating, advanced silent auction preview, gift bag and access to the VIP after-party. Reservations can be made by calling (212) 627-2308 or at jamesbeard.org/chefsandchampagne. To become a member of the James Beard Foundation, click here.

G. H. HARDINGApril 27, 2022
Read More
Scroll for more
Tap
The Tonys – Parties Until the Sun Came Up
The Taming of The Shrew A Political Agenda Shoved Down Your Throat