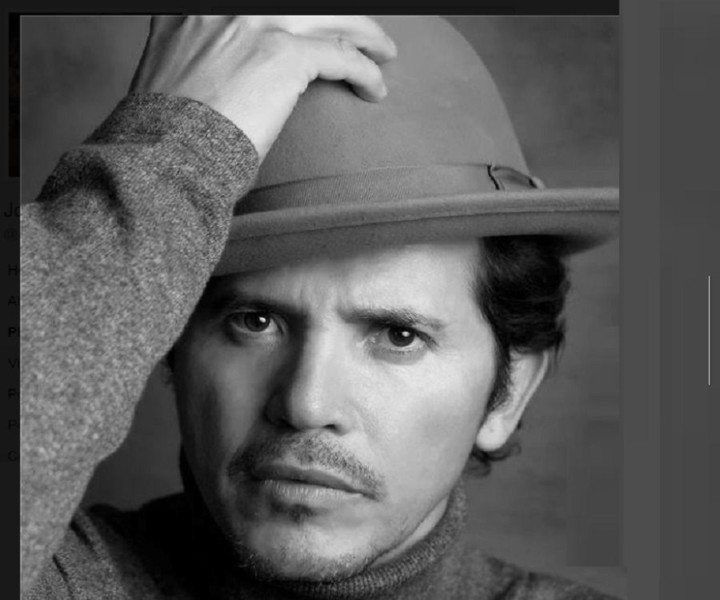 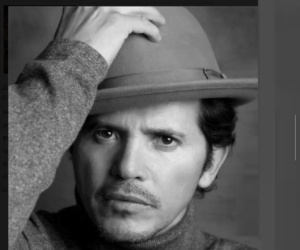 The American Theatre Wing (Heather Hitchens, President and CEO) and The Village Voice (Peter Barbey, CEO; Stephen Mooallem, Editor-in-Chief) are pleased to announce that the 63rd Annual Obie Awards will be held on Monday, May 21, 2018, and will move to a new venue, Terminal 5 (610 West 56th Street). Emmy and Obie-winning actor John Leguizamo will host. Tickets to the 2018 Obie Awards can be purchased at www.ObieAwards.com.

“Since his 1991, Obie-winning solo show, Mambo Mouth, John has — with little more than a stage, his singular point of view, and his now legendary acting chops — managed to give voice to countless indelible characters — many from woefully underrepresented communities — and leave audiences absolutely riveted in the process. In other words, he is the living embodiment of everything that is essential about Off Broadway. He’s also one of the funniest men on the planet,” said Heather Hitchens, President and CEO of the American Theatre Wing.

“The Obie I won for my first solo play, Mambo Mouth, was unspeakably encouraging for a young artist just starting out, and still holds a ton of meaning to me. I am thrilled to take part in celebrating this year’s crop of Obie winners. It’s not just a great honor; it brings my career full circle,” said John Leguizamo.

Emmy Award winner John Leguizamo has appeared in over 100 films and countless television shows while establishing a career that defies categorization. With boundless and visceral creativity, his work in film, theatre, television, and literature covers a variety of genres, continually threatening to create a few of its own. Most recently, Leguizamo was seen in the third and final season of “Bloodline” where he reprised his role as Ozzy Delvecchio. He was also seen in Latin History for Morons at New York’s Public Theater, his one-man show where he delivered his take on 500 years of Latin History spanning the Aztec and Incan Empries, to World War II. Upcoming projects include The Adventures of Drunky, set for release this year; ABC’s TV movie drama “Salamander”; “Nancy,” opposite Andrea Riseborough, Steve Buscemi and Ann Dowd; and “Waco,” a six-part event series set to release in 2018. John garnered a Golden Globe nomination for Best Supporting Actor for his performance as a sensitive drag queen in To Wong Foo Thanks for Everything, Julie Newmar, was the recipient of the 2002 ALMA Special Achievment Award for Entertainer of the Year, and picked up ALMA Award nominations for his roles in Moulin Rouge (Best Supporting Actor) and King of the Jungle (Best Lead Actor). Other film credits for him include ; John Wick: Chapter 2; The Hollow Point; The Infiltrator; Ice Age: Collision Course; The Crash; 11:55; Porzingod; Stealing Cars; Sisters; Meadowland; Experimenter; American Ultra; Cymbeline; Fugly; John Wick; Chef; Ride Along; Underdogs; Walking with Dinosaurs 3D; The Counsellor; Kick-Ass-2; Fish N Chips: The Movie; Inocente; The Trip 2; Ice Age: Continental Drift; One for the Money; The Lincoln Lawyer; Vanishing on 7thStreet; Big Balls; Repo Men; The Ministers; Rage; Gamer; Ice Age: Dawn of the Dinosaurs; Nothing Like the Holidays; Miracle at St. Anna; Righteous Kill; The Happening; The Babysitters; The Take; Ice Age: The Meltdown; Land of the Dead; The Honeymooners; Zig Zag; Ice Age; Collatoral Damage; Doctor Dolittle; Romeo + Juliet; The Fan; A Pyromaniac’s Love Story; Super Mario Bros.; Night Owl; Poison; Die Hard 2; and Casualties of War. Leguizamo’s TV work also includes “The Kill Point”; “ER”; “My Name is Earl”; “The Brothers Garcia”; “House of Buggin”’; and “Miami Vice”. In 1991, Leguizamo created his first off-Broadway sensation as the writer and performer of his one-man show Mambo Mouth, in which he portrayed seven different characters. He received Obie, Outer Critics Circle and Vanguardia awards for this specific performance. Leguizamo went on to create his second off-Broadway one-man show Spic-O-Rama, which garnered a Dramatists’ Guild Hull-Warriner Award for Best American Play, the Lucille Lortel Outstanding Achievement Award for Best Broadway Performance, the Theatre World Award for Outstanding New Talent, and the Drama Desk Award for Best Solo Performance. Leguizamo’s debut to Broadway was his one-man show, Freak, for which he received a Tony Award nomination for Best Play and Best Performance by a Leading Actor in a Play. Additional theater credits include, Sexaholix… A Love Story, which received a Tony nomination for Best Special Theatrical Performance; A Midsummer Night’s Dream, La Puta Vida Trilogy; and American Buffalo. John went on to film special presentations for HBO for his one-man shows including Mambo Mouth; Spic-O-Rama; Freak, for which he won a Emmy Award for Outstanding Performance in a Variety or Music Program; Sexaholix… A Love Story; and Ghetto Klown.  Leguizamo lengthened his lists of credits with his first literary project in 2006 with his memoir, Pimps, Hos, Playa Hatas and All the Rest of My Hollywood Friends: My Life. He also released Ghetto Klown, the graphic novel adaptation of his 2011 Drama Desk award winning one-man Broadway show in 2015. Leguizamo currently resides in New York City with his wife and two children.

The Village Voice created the Obie Awards, at the suggestion of then editor Jerry Tallmer, soon after the publication’s own inception in 1955, to encourage the newly burgeoning Off Broadway theater movement and to acknowledge its achievements. The Obies are structured with informal categories, to recognize artists and productions worthy of distinction in each theatrical year. Over the decades, the Obie Awards have played a major role in the Voice’s long history of championing work of innovative and exceptional quality Off and Off-Off Broadway. The Village Voice put the new downtown theater movement on the map with its in-depth coverage, becoming a forum for conflicting viewpoints which helped generate excitement over new works and new approaches to theater-making. The Obies have become a theatrical tradition, a meaningful way to acknowledge the best artistic achievements of downtown theater.  The list of actors, writers, directors, and designers who have received Obies at pivotal moments in their careers is a virtual who’s who of contemporary theater. While the categories of the awards have continued to change almost annually, the creative spirit remains the same. The Obie Awards salute a theatrical movement that’s as important, and as vibrant, today as it was in 1955.

One hundred years ago, on the eve of America’s entry into World War I, seven suffragettes—all women of the theatre—came together to form The Stage Women’s War Relief. A century later, the spirit and vision behind the founding of American Theatre Wing remains a touchstone for all we do. The Wing continues to champion bravery, with a focus on developing the next generation of brave artists. The Wing advances the future of American Theatre by celebrating excellence and nurturing the next generation: on stage, behind the scenes, and in the audience. We envision an American Theatre that is as vital, multi-faceted, and diverse as the American people.

The Wing’s programs span the nation to invest in the growth and evolution of American Theatre. We provide theatre education opportunities for underserved students through the Andrew Lloyd Webber Initiative, develop the next generation of theatre professionals through the SpringboardNYC and Theatre Intern Network programs, incubate innovative theatre across the country through the National Theatre Company Grants, foster the song of American Theatre through the Jonathan Larson® Grants, honor the best in New York theatrical design with the Henry Hewes Design Award, and illuminate the creative process through the Emmy-nominated “Working in the Theatre” documentary series. In addition to founding the Tony Awards® which are co-presented with The Broadway League, the American Theatre Wing co-presents the Obie Awards®, Off Broadway’s Highest Honor, with The Village Voice.

Visitors to AmericanTheatreWing.org can gain inspiration and insight into the artistic process through the Wing’s extensive media collection, and learn more about its programming for students, aspiring and working professionals, and audiences. Follow the Wing on Twitter and Instagram @TheWing, and on Facebook.com/TheAmericanTheatreWing.