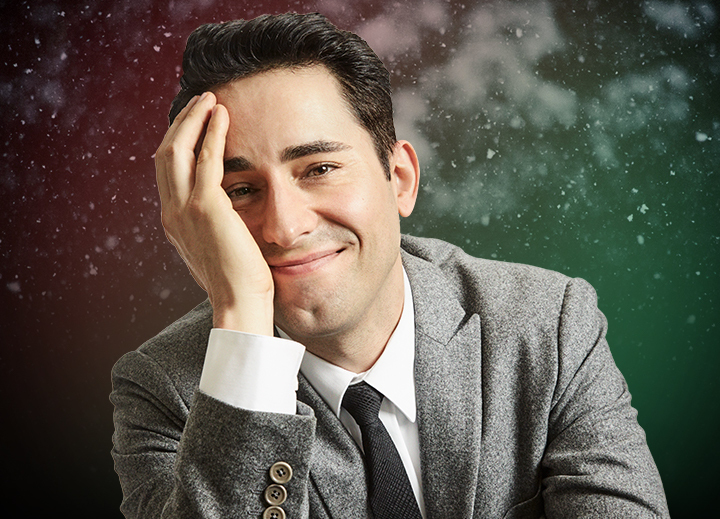 June 8, 2021— To celebrate his July 4th birthday, Tony and Grammy Award-winner John Lloyd Young will return to The Space in Las Vegas on Friday, July 9 with his newest show, Solid Gold, Live From Las Vegas. This fun, wild and unforgettable evening will reunite Young and musical director, Tommy Faragher, with their Las Vegas band as they perform a brand-new set of songs, from disco, classic 70s and 80s, and funk and soul. Gold lame and terry cloth headbands are optional but encouraged.

The Space, an intimate venue just off the Strip, will roar back to life with a full capacity live audience for Young’s birthday concert that will also be live streamed across the world for anyone who wishes to join the party (and boogie) from the comfort of their own home. The 75-minute live performance and live streamed pay-per-view concert for one-night-only will begin at 10:00 PM ET/7:00 PT.

And if you’re not ready for the fun to end, there will be an exciting after party following the concert where Young, joined by his band for the first time in a year, will revisit some of his biggest hits and offer giveaways and special surprises. There will also be a few personal one-on-one conversations with fans from around the world, and in person patrons at The Space can enter their name for a chance to be invited up onstage.

“It’s important to me to celebrate as things start to come back,” said Young. “I wanted to reach back to a time when we just danced our troubles away and also give my Las Vegas band, who I haven’t seen in more than a year, a really fun set to play. There will be some luscious sounds and shimmering disco lights and it’s gonna be a party—my birthday party.”

John Lloyd Young: is the Tony and Grammy Award-winning star from the Original Broadway Cast of Jersey Boys as well as Clint Eastwood’s Warner Bros. movie adaptation. Young is the only American actor to date to have received all four major Lead Actor honors in a Broadway musical: the Tony, Drama Desk, Outer Critics Circle, and Theatre World Award. Young has performed concerts at The White House, Carnegie Hall, New Year’s Eve in Times Square, The Kennedy Center, Lincoln Center, the U.S. Embassy in Finland, Clint Eastwood’s Tehama Golf Club, The Hollywood Bowl, the Cafe Carlyle as well as Feinstein’s/54 Below in New York, Feinstein’s at the Nikko in San Francisco and Feinstein’s at Vitello’s in Los Angeles. He served as a member of the President’s Committee on the Arts and Humanities, appointed by Barack Obama.

John Lloyd Young: Solid Gold, Live From Las Vegas will be performed live and also live streamed from The Space in Las Vegas on Friday, July 9 at 10:00 PM ET/7:00 PM PT for one-night-only. Tickets to attend the live birthday concert are $70 or $100 including the VIP after-party. For those who want to watch from the comfort of their own home, the concert can be live streamed for $40 with the virtual VIP after-party an additional $20. For tickets and additional information, please visit www.thespacelv.com.