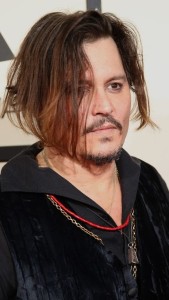 After this morning’s exclusive premiere on Facebook of the “Alice Through the Looking Glass” trailer – Johnny Depp and Director James Bobin went to Facebook Live to respond to fan questions about the movie. The revealing “interview” with fans touched on everything including Depp’s favorite moment on set to more personal antidotes. 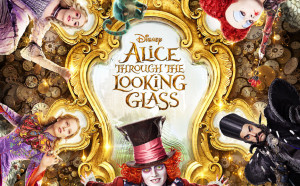 Already, the video has over 230K views  and includes everything you need to know about one of the most versatile actors in Hollywood. Below are some highlights:

Johnny Depp’s Favorite Moment On A Set: Depp thrives on the unexpected as he tells fans that he loves when the bottle drops out, when there is confusion, when there is the opportunity for chance. He explained that in these moments, interesting things come out that weren’t necessarily expected.

Johnny Depp’s Favorite Book:  Fun fact, ladies! The superstar hunk revealed that he doesn’t go anywhere without James Joyce’s book, “Finnegans Wake.” And if you want more deets, Depp confirmed that he has the book, “They All Love Jack: Busting the Ripper” by Bruce Robinson on his nightstand.

Where’s Johnny Depp’s Personal Wonderland? If you’re referring to an escape and place to experience anonymity, Depp’s place of choice is in the Bahamas –the only place that guarantees him total freedom.

What Kind of Sandwich is Johnny Depp? Born and raised in Kentucky, Johnny confirmed that he’d tap into the hillbilly side of his roots and be a bologna sandwich. A white-trash one to be exact.